As her signature initiative, San Antonio Poet Laureate Laurie Ann Guerrero challenged people in the community to write love poems to the city.

The winning poems were transformed into artistic renditions on the walls of the Culture Commons in Plaza De Armas near City Hall.

At NOWCastSA, we recorded the artists’ poems and preserved the enchanting exhibit on video.

We’re releasing the first video now and will be publishing the rest in the series over the next few weeks. 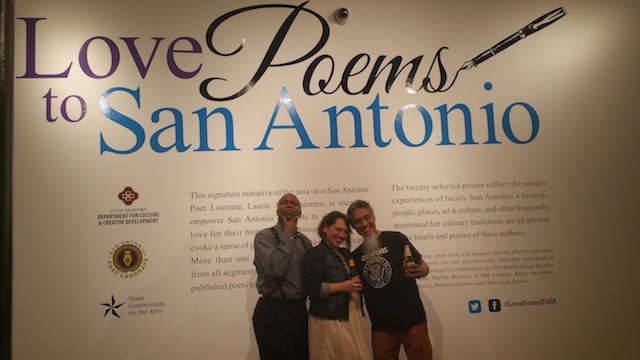