As they reviewed the track record to date of Transportation Network Companies (TNCs) Uber, Lyft and Get Me, San Antonio City Council members saw maps of where the companies have the most pickups and dropoffs.

Click here to see the full presentation from the June 15 City Council B Session. Scroll down to replay video of the meeting.

The best served Zip Code for pick ups is 78249 - home to the University of Texas at San Antonio campus, with more than 28,000 students.

The maps show some areas on the West Side, South Side and East Side received little to no service from the ride-hailing apps. 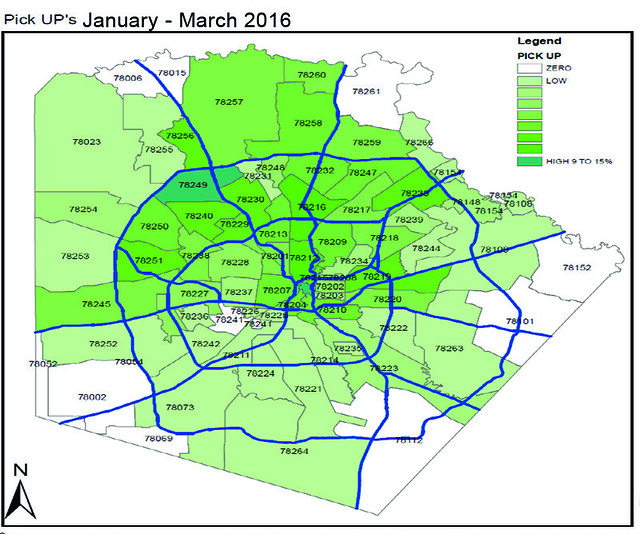 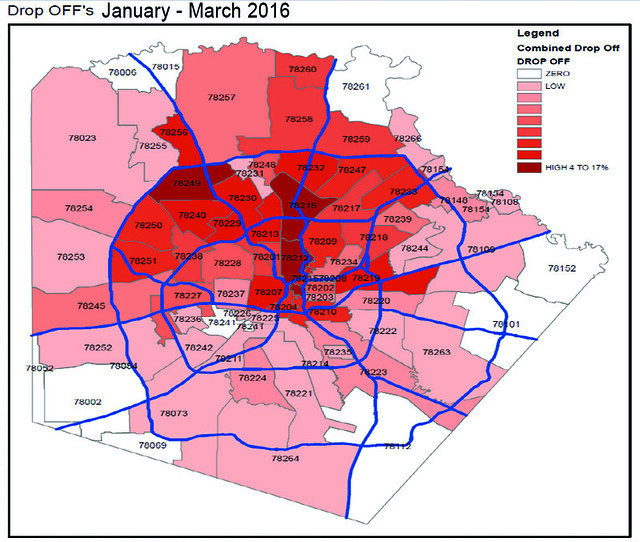 Take another look and see how the heaviest TNC traffic correlates with a map of household income in San Antonio. City regulations require cabs to show they cover all parts of the city, regardless of income. No such requirement exists for TNCs Uber, Lyft and Get Me.

According to a Pew Research Center report, only 15 percent of Americans have used a ride-hailing service, and 33 percent of Americans have never heard of these services. Pew Research Center also found that ride-hailing services are most popular among young adults and affluent college graduates, and that frequent users of these services are less likely to own a car and more likely to use a range of other transit options than less-frequent and nonusers.

It is worth noting that a majority of the respondents of the San Antonio survey (about 70 percent) were age 45 or younger, the demographic Pew Research Center has shown to be most likely to have used a ride-hailing service.

One June 30, San Antonio City Council will consider an item to extend the operating agreements for Uber, Lyft and Get Me until October when a permanent solution will be voted on by the Council.