The latest research by the Southern Education Foundation in Atlanta finds that low-income children are "now a majority of the schoolchildren attending the nation’s public schools." Children living in poverty are more likely to attend high-poverty schools--the research finds--schools less likely to have the resources to serve all students well.

"Without improving the educational support that the nation provides its low-income students," writes SEF Vice President Steve Suitts, "the trends of the last decade will be prologue for a nation not at risk, but a nation in decline…"

Most of the states with a majority of low income students are in the South and West. The share of children from low-income families attending public schools in Bexar County is 64 percent, according to SEF research.

As student demographics shift, many state funding plans have not kept pace, "forcing schools to continually do more with less," according to recent reports by the Education Law Center and Leadership Conference Education Fund. ELC's National Report Card “Is School Funding Fair?" finds that 14 states including Texas have "regressive" school funding--providing less money to schools with higher concentrations of low income students; in 19 states funding systems are "flat." 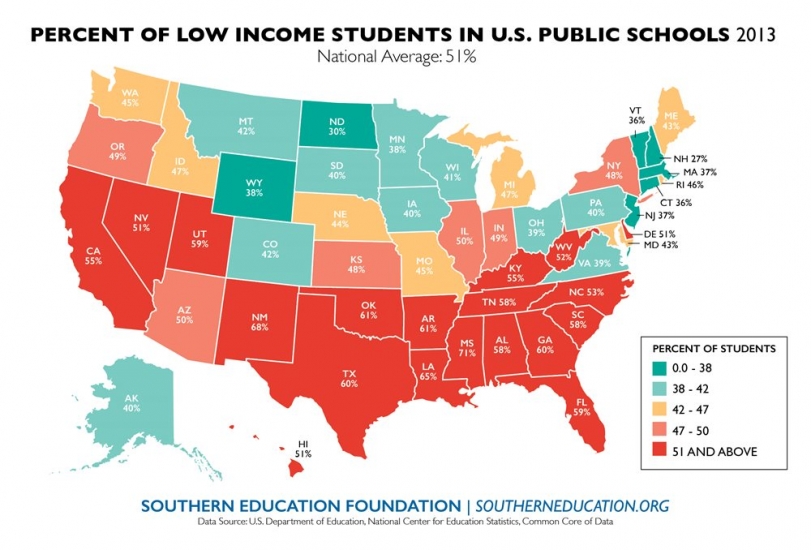