The San Antonio Zoning Board of Adjustment rejected Imagine Built Homes’ request to build a new home eight feet from an existing home, closer than is allowed under the Mahncke Park Neighborhood Conservation District rules.

The decision on Sept. 17, 2018, came after the board heard the developer’s presentation and heard opposition from city staff, the Mahncke Park Neighborhood Association leadership and two nearby property owners, including the author of this article.

Watch complete video of the entire event right here. Scroll down for links to jump directly to specific places in the video.

The developer asked the board for a variance allowing him to build a new home at 329 Claremont St. eight feet from the existing duplex at 327/325 Claremont St. The Mahncke Park Neighborhood Conservation District rules, which were enacted by city ordinance, require structures to be separated by no less than 10 feet.

The proposed new home would have been 15 feet wide on a 25-foot-wide lot, similar to dozens of others built in Mahncke Park by Imagine Homes since January, 2017.

Click on these links to jump to that spot in the video: 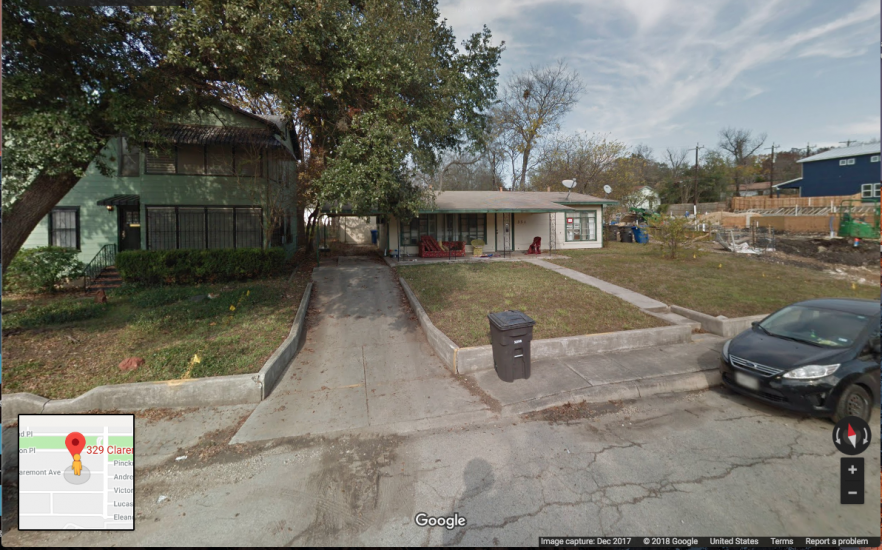