Residents of the near-downtown Mahncke Park Neighborhood Association were surprised and upset when a city planner told them the SA Tomorrow Comprehensive Plan process would discard their long-standing and detailed Neighborhood Plan, developed at the city’s request.

At the April 17, 2018 meeting, residents expressed strong concerns that the character of Mahncke Park as a neighborhood would be disregarded under the city’s approach, noting that streets where single-family dwellings are currently located would be designated as sites for much higher-density housing than called for in their Neighborhood Plan.

Watch complete video of the meeting

Charles Mazuca, City Council District 2 aide for Planning & Zoning, said, “Neighborhood plans will not be specifically included by reference,” in the SA Tomorrow plan, adding, “We are not looking for input as to whether the neighborhood plan will remain the adopted official plan.”

The SA Tomorrow plan could be problematic city-wide because current neighborhood plans were adopted by city ordinance and have the force of law. 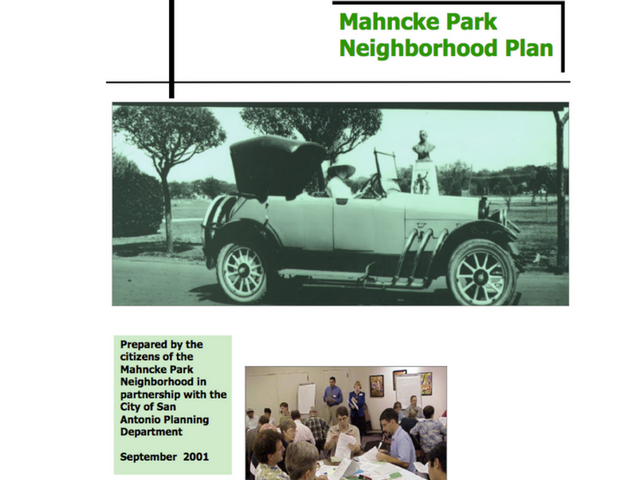