Take a tour of the rich history of change brought by COPS/Metro Alliance on this interactive map that includes video, oral history, photos and documents.

Relive the history as former COPS President Andy Sarabia travels the West Side neighborhoods describing the improvement projects, people and places and the significant events involving COPS/Metro Alliance  over the years. Locations on the map have video, photos and links to historic documents. (Click here to jump to a full-page map.)

The story behind the map:

In 1974, Communities Organized for Public Service (COPS) was born of the heart of San Antonio, a coalition of 26 parishes in mostly Hispanic, low-income West Side and South Side of the city.

In the beginning, COPS members held house meetings to talk about common issues. At the top of the agenda were failing utilities, deadly flooding and bond projects approved by city council in the 1930s, but still not begun: The money had been diverted to the North Side and to the suburbs.

The revolution had begun. Not only did COPS bring long-lost money back to the neighborhoods for drainage systems, street improvements, public libraries, health clinics, housing for seniors and public parks, but it also transformed electoral politics and continues to hold leaders accountable.

"I can say unequivocally, COPS has fundamentally altered the moral tone and the political and physical face of San Antonio," former San Antonio Mayor Henry Cisneros said in 1988. The next year, COPS was joined by Metro Alliance, created by a merger of the East Side Alliance and the Metropolitan Congregational Alliance.

To document the COPS revolution, NOWCastSA spent hours with Sarabia and other COPS/Metro Alliance members and worked alongside the San Antonio Texana and Genealogy Department http://www.mysapl.org/texana.aspx and UTSA Special Collections http://lib.utsa.edu/special-collections/ to conduct interviews and obtain documents to give context to the story.

Taking advantage of the Ushahidi Platform, historical and current COPS/Metro Alliance endeavors are plotted together on this map at https://sacopsmetro.crowdmap.com/. You can add to it by reporting on issues and needed improvements in your COPS/METRO neighborhood.

Or, if you have a piece of history, or story related to COPS/Metro Alliance, you can also add the missing information using the https://sacopsmetro.crowdmap.com crowdmap website, or the iPhone and Android App.

Once you download the app add the COPS/METRO map: 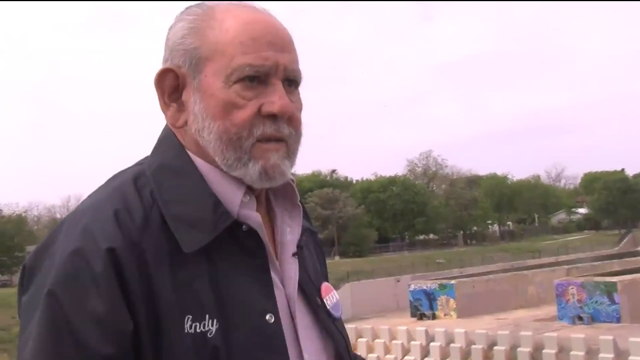