Map: Where Do I Get My Voter ID?

Updated Oct. 23, 2014: According to the voter ID law that went into effect in November 2013, every Texas voter must show an acceptable form of ID to be allowed to cast their ballot in person. All IDs - with the exception of a Citizenship Certificate - must be current or less than 60 days expired.

If you are using a name other than what is on your birth certificate, such as a married name, you will be required to show legal documentation of a name change. Documents must be original or certified copies, and not a photocopy.

Find a DPS office near you on this map - there are five offices in Bexar County:

Exemptions to the Photo ID law

Has your name changed since you registered to vote?

If the name on your approved photo ID does not exactly match my name on your voter registration card, election officials will review the ID and if a name is “substantially similar” to the name on their list of registered voters, you will still be able to vote, but you will also have to submit an affidavit stating that you are the same person on the list of registered voters. A voter’s name is considered substantially similar if one or more of the following circumstances applies: 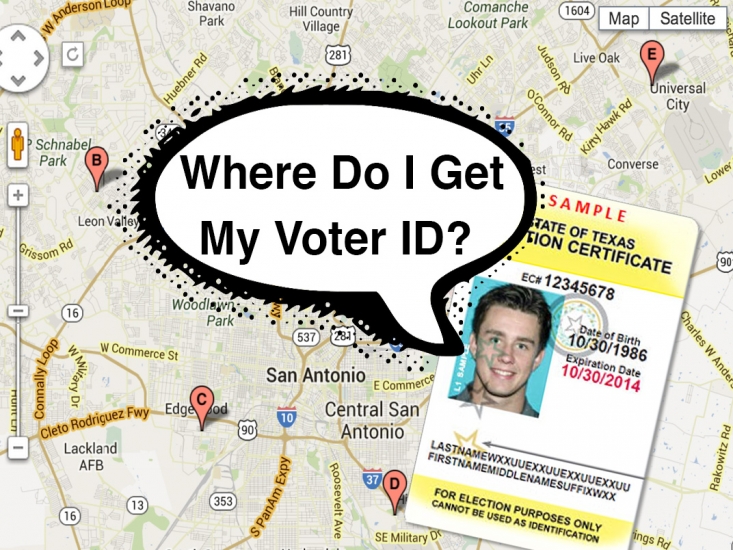