As part of the annual May Day March, community leaders, workers, and advocates for economic justice and immigrant rights will come together to demand legislation that honors the dignity of all workers and their families. This year’s march will build upon the growing political support for the rights and wages that workers deserve, regardless of immigration status. Southwest Workers Union (SWU) invites community members, organizations and local elected officials to join in celebrating the integral role of the worker in our city and our country.

In the past year, national campaigns have gained momentum to raise wages in industries such as food service and hospitality. At the end of last year, SWU released Food Insecurity and the Working Poor, a report revealing that: food workers rely on food stamps to meet their needs at 1.5 times the rate of the general workforce, and that the majority of local families that rely on food stamps or food banks are considered working poor or recently unemployed.

SWU advocates for these low-wage workers that are paid at or little above the minimum wage and struggle to meet their basic needs. In the past year SWU helped pressure South San Independent School District to give its lowest paid employees their first pay raise in 5 years. However, these workers–whose work ensures that schools are operating successfully–are still paid well below a living wage needed to maintain a decent standard of living in our city.

This year’s State of the Union Address reminded us that the current federal minimum wage is worth about twenty percent less than when Ronald Reagan was president. This is the reality that low-wage workers face in spite of our rebounding economy. Through the work of unions, worker centers and advocates there is growing support to raise the minimum wage and honor the dignity of hard work. In addition, despite the legislative gridlock, there is overwhelming community support for inclusive immigration reform that honors the human rights of immigrant workers and their families.

These issues arise from systemic injustice driven by globalization and privatization that devalues workers and tries to pit their interests against those of the consumer or taxpayer in a race to the bottom. SWU works with other organizations across the South to represent modern day working class struggles and connect them in a broader historical context. Collectively SWU and other community organizations across the region will hold May Day events to call for better wages and conditions for workers, a halt to deportations and separations of immigrant families  and support for inclusive immigration reform for the 11 million immigrants here in our country.

On May 1 domestic workers, cafeteria workers, janitors, teachers and others will be in the streets to remind our legislators that working and immigrant families have sacrificed enough, and now is the time to raise the bar in our treatment of workers. Now is the time to demand the dignity and rights our current workforce deserves. 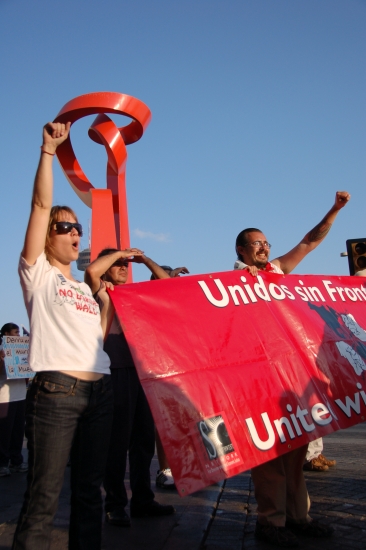