Memorial Day at the oldest VFW Post in Texas

It's another Memorial Day and the veterans gather as they do most days, to remember the fallen.

They meet at the old white, two-story house with the Corinthian columns and the wrap-around porch that sits on a curved bank above the San Antonio River.

This is home ground of Veterans of Foreign War Post 76, founded in 1917 and the oldest VFW post in Texas.

Some, like Post Commander Angel Vasquez remember the noise and madness of Khe Sanh that left him severely wounded. He remembers, too, his Marine comrades who didn't make it home.

Some like Robert Martinez remember the pilots who never made it back to the Navy carrier Kitty Hawk where he served as a sailor. Ignacio Castinellja, another Marine who served in Vietnam, has his memories. But his big concern is for the young vets of Iraq and Afghanistan. They had a harder war, he said.

The vets have felt first hand the sacrifices soldiers must make in war. They know that "brothers in arms" is not a cliche, and that so many of their comrades gave up their lives so that the rest of us can live and enjoy ours.

They are older now, a little grayer. But time hasn't dulled their experiences in distant Asian jungles, icy Korean plains or the heat and dust of Iraq and Afghanistan.

They remember the fallen.

For the veterans at VFW Post 76, every day is Memorial Day. 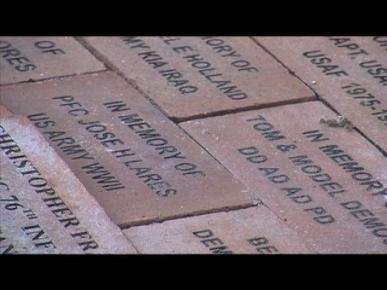