Musical Bridges Around the World continues its mission of uniting, educating and inspiring audiences through culturally diverse performing and visual arts programming with the start of the 21st season of the “Russell Hill Rogers Musical Evenings at San Fernando Cathedral” which begins Sunday, October 21.

“In the spirit of the 2020 Gurwitz International Piano Competition, the 2018-19 season celebrates the art of piano,” said Anya Grokhovski, MBAW artistic director and CEO. “Therefore, each concert will feature a winner of the most prestigious international piano competitions all over the world.”

All concerts are from 7 to 8 p.m. on select Sundays at San Fernando Cathedral, 115 Main Plaza, and are free and open to the public. A dessert reception with the guest artists will be held after each performance.

October 21: Féerie
Korean pianist Sung Chang, who won the silver medal at the 2016 San Antonio International Piano Competition, performs alongside Russian Renaissance, winners of the $100,000 grand prize at the 2017 M-Prize Competition, the largest prize in the world for chamber music.

December 2: Phantasmagoria
The alumnus of The Juilliard School, The Aspen Opera Center, The Britten-Pears Young Artist Programme, and Houston Grand Opera’s Young Artists Vocal Academy countertenor Jacob Ingbar will join solo pianists Eva-Maria Zimmermann and Keisuke Nakagoshi, who have electrified audiences from Carnegie Hall to Tokyo Japan with their dazzling artistry and outside-the-box thematic programming for piano-four-hands. This Grammy-nominated, prize-winning Steinway Artist Ensemble – one of only a handful of duos worldwide devoted exclusively to piano duets – is blazing a bold new path for four-hands groups by focusing on 20th and 21st century repertoire and by commissioning new works from noted composers each year.

During his illustrious career, Wasfi has held many prominent positions, including director and chief conductor of the Iraqi National Symphony Orchestra. However, it is his work for the Peace through Arts Global Foundation, a program he established to promote peace in war-torn areas, of which is he is most proud. Gratz, who has been praised as “eloquent” (Dallas Morning News) and “spellbinding . . . a disciplined musician beyond his years” (San Antonio Express News), is rapidly gaining recognition as a major musical personality. Elena Portnaya is a graduate of the Tchaikovsky Conservatory in Moscow and the University of Texas at Austin.

February 24: Pastiche
Pianist Lilya Zilberstein, gold medalist of the 1985 Busoni Competition in Italy, performs with Emanuel Borok, an American violinist of Russian descent. Zilberstein, who was born and educated in Moscow, has lived in Germany since 1990 and has performed in the country’s finest concert halls, at major music festivals and with the many renowned orchestras. Borok has won top prizes in the All Russian Republic and All Soviet Union Violin Competitions. He is a former concertmaster of the Boston Pops and Dallas Symphony Orchestra.

May 19, 2019: Filigree
Named Debut Artist of the year by NPR’s Performance Today, Jon Nakamatsu won the gold medal at the Tenth Van Cliburn International Piano Competition in 1997 in Fort Worth. He is the first American to win this prize since 1981. Nakamatsu draws unanimous praise as a true aristocrat of the keyboard whose playing combines elegance, clarity, and electrifying power – a spectacular finish to a stellar season of piano magic. 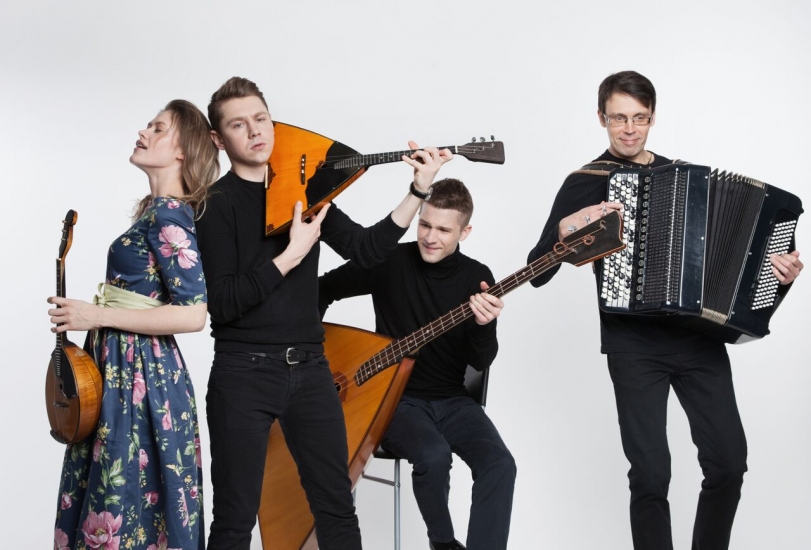