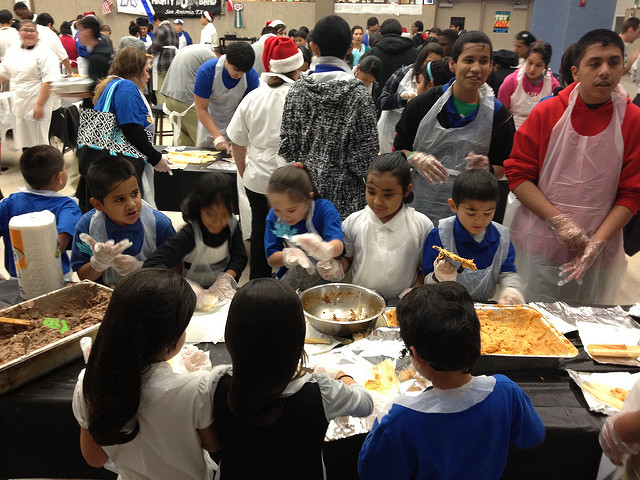 Spices, Christmas music and laughter filled the Lanier High School band hall as students, staff and community volunteers worked all day  toward a goal of achieving Guinness World Record status with a tamalada on Dec. 7, 2011.

The school was trying to create a new category in the Guinness World Record by making the largest number of tamales in 10 hours. The official total was 17,132 tamales weighing in at 2,420 pounds, surpassing its goal if 2,205 pounds.

Some students made tamales for the first time. The more experienced tamal-makers carefully guided young and old in making pork and bean tamales.

NOWCastSA helped the students document the feat for the application to Guinness World Records.

Watch this video from the end of the day:

Watch this Flickr Slideshow to see how it all happened:

“I have lived in the Lanier community for 42 years and I know it to be a very culturally vibrant community. If any community has the strength—la fuerza—to set a record for the biggest tamalada, it’s this one,” San Antonio Independent School District District 5 Trustee Patti Radle said.

A tamalada is a gathering of people who make the Mexican tradition tamales.

Lanier High School’s culinary arts classes took the lead in making the ingredients for the tamales and banking and finance magnet students developed a business plan that included tallying the weight of the final product.

After the total was announced, Radle said her feet were numb from the long marathon day of tamalada work, but it was worth it.

"Everybody worked hard," Radle said. "I am so happy with what we have accomplished." 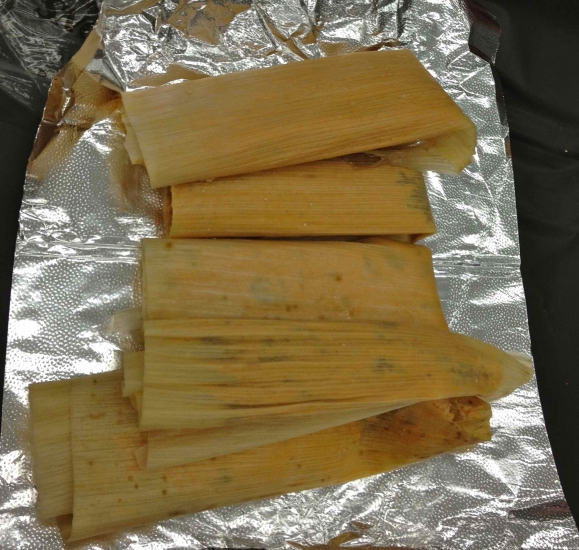