NOWCastSA used a combination of technology from NewTek and Livestream, along with a Facebook and Twitter campaign, to get unprecedented engagement levels on mobile devices during live webcasts of San Antonio Independent School District (SAISD) high school graduations.

This year, the webcasts were produced on a TriCaster 300, generously loaned to the project by San Antonio-based NewTek. NOWCastSA used Livestream as the streaming host, and installed the Livestream Plugin for TriCaster, which enables multi-quality mobile compatibility.

The results were impressive.

During the three-day period when the team webcast eight graduations from the Alamodome in San Antonio, 490 mobile users visited the NOWCastSA graduation webcast page, staying an average 5 minutes and 38 seconds, or 05:38, according to Google Analytics.

Of the Androids, visitors with Samsung devices watched the webcasts on average of 08:22 each, just below the RIM users, who stayed with it for an average of 10:02 each.

On June 10, a visitor in Seminole, Oklahoma used a Samsung Intercept Android to watch a graduation webcast for more than 37 minutes. Meanwhile, two visitors in New York City watched a webcast on a Blackberry 8530 for an average of almost 34 minutes.

Visitors with mobiles came from across the U.S., while those who watched on computers came from the U.S., Mexico, Germany, Italy and Puerto Rico.

One visitor in Winchester, Pennsylvania used a PlayStation 3 to watch a June 10 webcast for 34 minutes and 5 seconds, In Bitburg Germany, 3 visitors watched from a computer for an average of 23:50 each.

Perhaps one of the most telling statistics is in the mobile share of traffic at NOWCastSA. From January 1 hrough May 31, 2012, mobile devices represented 21 percent of NOWCastSA visits. During the webcasts on Sunday, June 10, mobile traffic on NOWCastSA shot up to 37 percent of all traffic and remained at 35 percent at this writing on June 19.

Note: This does not include video views that went straight to the NOWCastSA channel at Livestream.  I'm still working on decoding Livestream's stats on views and streams. 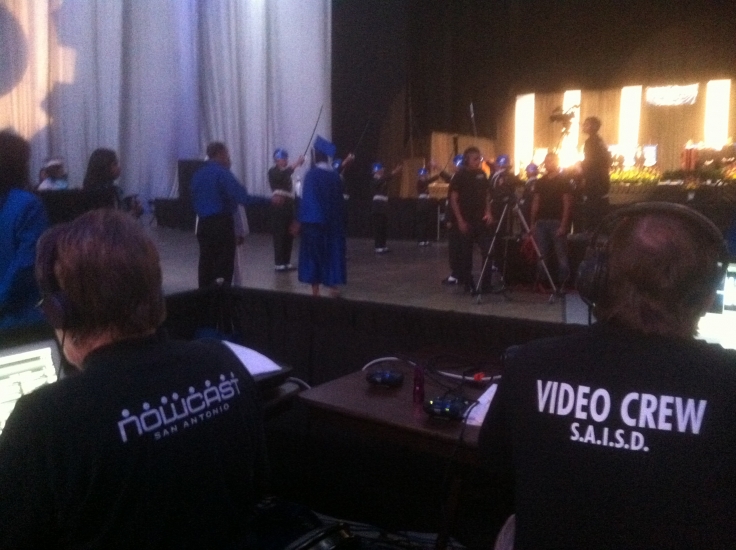