San Antonians are being introduced - or in some cases, reintroduced - this week to the city’s SA Tomorrow comprehensive plan.

The city is hosting open houses with representatives of a few city departments and other partner agencies provide basic information about the plan. The first of four open houses was held Feb. 28 at Stinson Airport. Last year, the City Council adopted the long-range plan to help guide the city as Bexar County prepares to add 1 million more residents by 2040.

The SA Tomorrow plan encompasses a comprehensive growth plan, a multi-modal transportation plan and a sustainability plan. The overall plan was achieved following months of community meetings and other discussions. The stated overriding themes in the SA Tomorrow plan are economic vitality, air quality, water resources, equity and resilience. 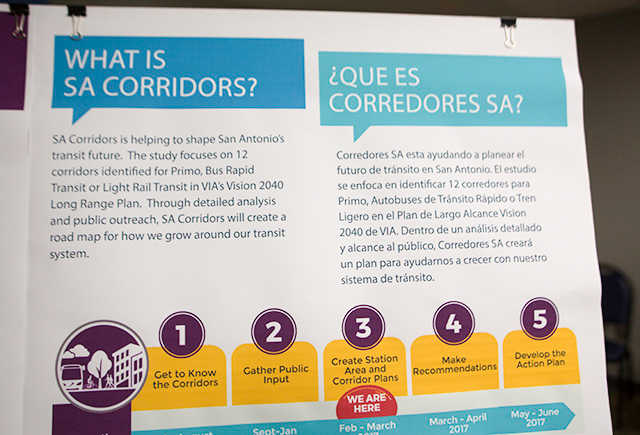 “By investing in our neighborhoods in conjunction with strategic planning in our corridors, urban centers and regional centers, we ensure the ability to create and support complete communities across our city with access to a variety of amenities and daily news and services,” the plan states.

“In the Office of Sustainability, we’re looking at maps to see where the food deserts are at - where people don’t have access to affordable or healthier food,” Cervantes said. “Let’s identify those locations, target them and say ‘Hey, there needs to be more green space so people can grow their own food.’”

Attendees such as Liz Trainor, a Highland Hills resident, were familiar with the SA Tomorrow program before visiting the first open house.

“I like this session more than the others. They seem to have it more together,” Trainor said of the presentation.

She came wanting to know more about how neighborhoods, urban centers and regional centers interact with each other. “I was curious about the boundaries for the Brooks (regional center),” Trainor said about the Brooks City-Base area.

Two more open houses were set March 1 at Great Northwest Library and at the Tool Yard Northeast Service Center. A fourth open house is scheduled for 5:30 till 7 p.m. March 2 at the Roosevelt Park Clubhouse, 331 Roosevelt.

The open houses are informal, designed for visitors to come and go as they please. There are opportunities to talk with said representatives. Snacks and water are provided for attended. 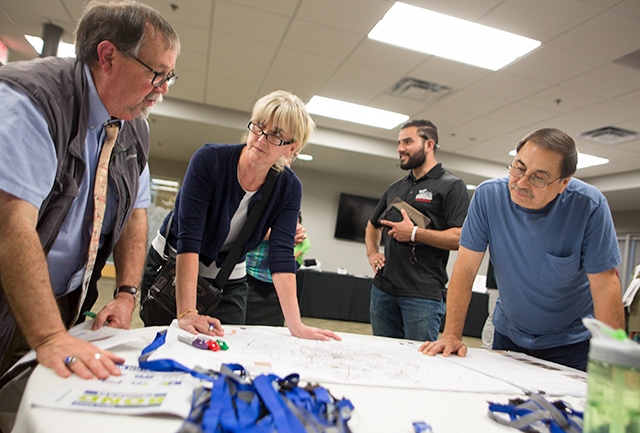