After hosting a successful workshop at the Sarah King Elementary Art’s Fair, openED SA contacted activity director Victor Zuniga of Sutton Oaks Apartments to see if he would be interested in doing some pilot workshops as part of his youth outreach program. 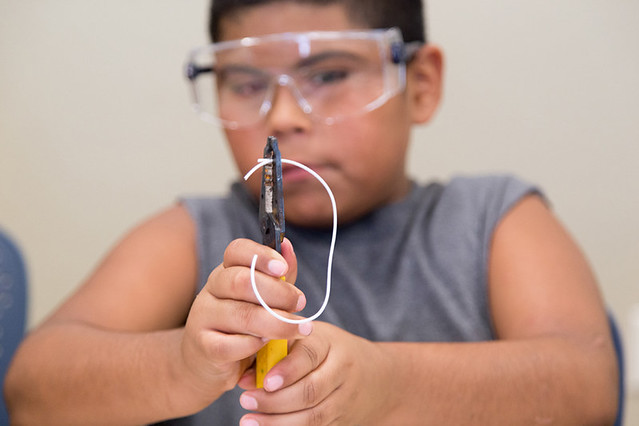 Zuniga was enthusiastic to have the Convergent Media Collective come over and host some pilot workshops.  Sutton Oaks Apartments is located off of Interstate 35 on the eastside of San Antonio.  It is in the Promise Zone, one of five zip codes identified by the U.S. Department of Housing and Urban Development (HUD).

"Promise Zones are high-poverty communities where the federal government partners with local leaders to increase economic activity, improve educational opportunities, leverage private investment, reduce violent crime, enhance public health and address other priorities identified by the community. The 22 urban, rural, and tribal Promise Zones were selected through three rounds of national competition, in which applicants demonstrated a consensus vision for their community and its residents, the capacity to carry it out, and a shared commitment to specific, measurable results, according to the Center for Creative Land Recycling.

Once openED SA started working with Zuniga, it was able to put together two pilot afternoon workshops using curriculum by Dr. Joey Lopez and the Convergent Media Collective. This curriculum has been developing over the past five years.  The first workshop was based on the stop-motion animation workshops that were piloted at Sarah King Elementary’s Art Fair.  The second was a soldering workshop where the students learned how to solder electronics through the creation of battery-powered LED art sculptures.

Here is a video highlighting these workshops over the past month:

Zuniga has proposed developing a full program that combines these workshops with an equipment grant in an effort to bring about long-term programming for the Sutton Oaks and general Eastside community.  OpenED SA sees this as a great opportunity and will be following up with him, as well as reporting back on its progress. 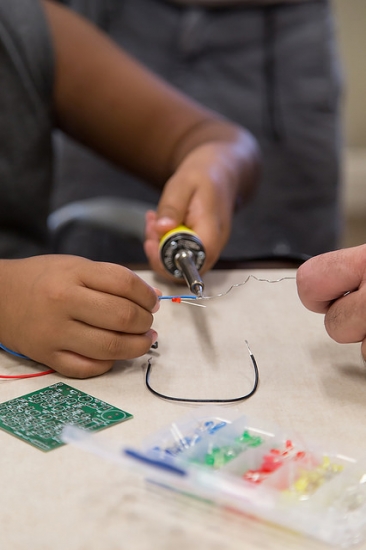