Opinion: No San Antonian should be a second class citizen

As several of you probably know, the San Antonio City Council will be considering modifications to city code to provide protection status for sexual orientation, gender identity, and veterans status. The protections will be added to five areas of the code that already provide protections for other classes. Those involve public accommodations, city employment, fair housing, contracts, and boards and commissions. To help clean up the code, Councilman Diego Bernal, working with the City Attorney’s office, has proposed a more consolidated section of code under Chapter 2 to be titled Article X. Non-Discrimination Policies.

In this consolidation process, some old language deemed problematic was left in that has since been removed. The language involved “Prior Discriminatory Acts” and had originally existed in Section 2-9 under Article I involving Boards and Commissions. After looking at the language, recognizing its potential violation of free speech and failure to recognize change in an individual, the section has been removed from the ordinance changes.

Another new section, titled “Discrimination by Appointed Officials – Malfeasance,” lifted language from the same section in the original city code, preventing discriminatory actions or speech while serving on a board or commission. The term “serving” also presented problems regarding free speech and could have possibly been challenged in court. That has since been changed to “acting,” meaning if you are acting on behalf of the city on a board or commission, you cannot engage in discriminatory actions. That makes perfect sense and does not infringe on any free speech positions.

In a recent program of The Source where David Martin Davies hosted Dan Graney, co-chair of CAUSA, and Justin Butterfield, attorney for the Liberty Institute, the issue of religious liberty was discussed. At issue was whether the ordinance changes would infringe on the religious liberties of individuals who, based on a religious conviction, might not support non-discrimination against LGBT individuals.

Butterfield kept referencing an older version of the ordinance that did have sections that might violate religious liberty. However, when told those sections were removed, it was evident Butterfield was at a loss as to whether his organization still had an issue with the ordinance or not. Referencing the Malfeasance section, Butterfield said more review was needed to make a determination if the issue still existed.

To be clear, the Malfeasance section’s change from “serving” to “acting” clearly allows individuals to act in any way they feel appropriate outside of city business. However, when acting as an agent of the city, people serving on boards and commissions must honor the city’s positions on non-discrimination. Graney provided a great example where a person acting on a housing or zoning board might have any position they want outside the board or commission, but cannot exhibit discrimination on a housing or zoning case when acting on those bodies.

When asked by Davies of other cities with example language, Butterfield could not provide examples. It is apparent those cities do not exist and the Liberty Institute is shopping for a city to try to institute the language. With the recent changes, San Antonio is most likely not that city.

If you’re doing the vote count, I think you see this is still up in the air. It takes six votes to pass an ordinance in City Council and right now supporters are one vote short of passage. So this is really coming down to swinging one of the four undecided votes to support the ordinance. With regards to the opposition, they must convince all four to vote "No" to prevent the ordinance from passing.

But what if another strategy emerges? What if one of the ordinance opponents, or even one of the undecided members, amends the ordinance changes to vote on each class individually? After all, Bernal has already said he is planning to separate “sexual orientation and gender identity” from “veterans status” to avoid it looking like a bait vote, according to a report by Josh Baugh of the Express-News.

If the vote is split up into three votes on each class, there is a good chance “gender identity” will lose out in this “cutting from the herd” strategy. That class probably has the least understanding by not only council members, but citizens of San Antonio. The Transgender Education Network of Texas provides good information on transgender individuals but I doubt anyone is familiar with the information contained. As is usually the case, people tend to vote against things they are unfamiliar with. The best strategy of supporters will be to keep both classes together in the vote.

Right now, the vote is expected to occur on Sept. 5 during the A session of City Council. This will be a historic vote for San Antonio so it’s understandable for some council members to wait through B session to have their questions answered. That may frustrate some but when you are making a decision like this that will most likely be telegraphed around the nation, you want to make the right decision.

Personally, I hope they support equality for all. After all, no San Antonian should be considered a second class citizen.

You can find out a lot of good information and the latest buzz at an ally website, ndo4sa.com.

Editors note: This article was originally published on Randy Bear's Concerned Citizens blog, focusing on civic and political things in San Antonio, the State of Texas and beyond. 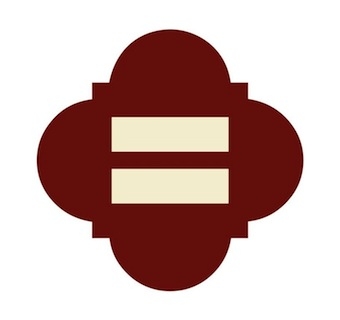