Recent polls concerning the Affordable Care Act (ACA) reveal that a majority of Americans continue to disapprove of the health care reform law, and that a majority also have little or no understanding of the law. Opponents have mischaracterized various aspects of the ACA and many claims have been described by fact-checking organizations as ‘pants-on-fire’ lies. Rather than spend effort refuting these untruthful assertions about the law, I want to focus on its benefits to a large portion of those in the U.S. that have not in the past had access to affordable health insurance.

Individuals without employer-sponsored group insurance can purchase insurance in the Health Insurance Marketplace which opens for business on October 1. Those wishing to obtain a policy can do so at www.healthcare.gov. The web site will ask for the number of adults and children to be insured and estimated household income for 2014. The applicant will be able to access and view the details of various insurance plans offered by private insurance companies, such as Blue Cross and Aetna, and select the plan that best suits his or her needs. The ACA requires that all plans meet defined minimum coverage of hospital, doctor, lab and prescription drug expenses. There are four classes of plans: Platinum, Gold, Silver and Bronze. The difference between these classes is the actuarial value of each. Actuarial value is the average percentage of health care costs that will be borne by the policyholder. For the four classes, the actuarial values are: Platinum – 10 percent; Gold – 20 percent; Silver – 30 percent, and bronze – 40 percent.

The federal government provides tax credits (subsidies) to help pay the premiums for individuals and families with incomes between 100 percent and 400 percent of the Federal Poverty Level. The applicant can choose to take the subsidy on a monthly basis or to take it as a tax credit when filing the tax return after the end of the year. Most will likely elect to take the monthly subsidy. Tax credits are based on the Silver plan mentioned above. If during a plan year, a policyholder determines that income will be greater or less than that specified during the application process, he or she can report the difference and subsidies will be increased or decreased to reflect the change.

The enrollment period for 2014 extends from October 1, 2013 to March 31, 2014. Insurance purchased over the first two months within the period will become effective on January 1, 2014. In late 2014 and in subsequent years, there will be an open enrollment period during which people can elect to switch their insurance from one policy to another.

Sadly, because the Texas Legislature refused to adopt the Medicaid expansion option in the ACA, those who need help the most will not have insurance coverage and will have to continue to use Emergency Rooms for health care. Adults with incomes below the Federal Poverty Level (FPL) do not qualify for Medicaid in Texas unless they are disabled or pregnant.

When I discuss the Health Insurance Marketplace with people, I tell them they need to find a way to earn income that is at least 100 percent of the FPL in order to qualify for subsidies to purchase health insurance. In 2014, the FPL for various family sizes is shown below:

Recently, a friend and I were walking through a neighborhood in Comal County, knocking on doors and discussing the ACA with households that did not have health insurance. One women, when I announced the reason for our visit, said “Oh, Obamacare! That’s the new law that forces me to buy insurance”. I said “Well, that’s true. But it’s a wonderful bargain for good insurance. In fact, it is such a good deal that you will find it hard to pass up”. Examples of what the Silver plan can do for individuals and families of various sizes and incomes are given below. These estimates were obtained using the Kaiser Family Foundation calculator, which can be accessed at http://kff.org/interactive/subsidy-calculator/

For all of the above examples, the individual or family gets free immunizations and preventative care. The extensive list of covered immunizations and preventative care can be located at www.healthcare.gov. Note that individuals and families with lower incomes pay less out-of pocket because additional government subsidies take care of a substantial percentage of the medical bills. As income increases beyond 300 percent of the FPL, these extra subsidies are not paid. Plans with lower premiums are available (Bronze plans). For the Bronze plans, the yearly out-of-pocket maximums are the same as the Silver plans but the policyholder pays, on average, 40% of the health care bills. A healthy person may choose to subscribe to a Bronze plan with the knowledge that, if an unexpected illness or accident occurs, his or her yearly out-of-pocket maximum is capped. As a result of this yearly cap, people should no longer be forced into bankruptcy due to major health care bills that drain all of their savings.

The monthly premiums paid for the Silver plan examples do not change with age, although the premium charged by the insurer can be as much as 3X higher for a 64-year-old adult than for a 21-year-old. Thus, the subsidies are much greater for older adults. Premiums do not change with the sex or health condition of the person seeking to become insured; pre-existing health conditions are not considered in the pricing. Insurers are allowed to increase premiums by as much as 50 percent for smokers and smokers have to pay the difference.

A few other aspects of the ACA are:

Eventually, as the health care reform continues to unfold, 25-30 million more Americans will be covered by health insurance versus the pre-ACA insured. Surely, this is sufficient justification of the value of the reform. I recently talked to a single mother with two children who was paying 31 percent of her $20,000 yearly income for health insurance. Beginning January 1, she will own a policy that will cost approximately $35 per month. And she will only pay about $60 out-of-pocket for every $1,000 of health care costs. Many others can be helped immensely as a result of the available subsidies. The ACA is far from perfect and changes will likely be made over the next few years to improve it. However, the law as currently written will make an enormous positive difference in many, many lives. 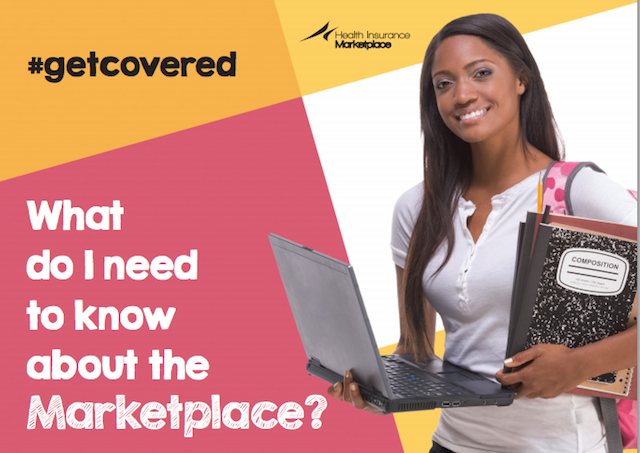