I believe the City’s recent ethics controversies, while painful and embarrassing, may afford us the opportunity to build more transparency into our city government and to create meaningful changes in our ethics policies. But to be successful, I believe we must embrace a comprehensive strategy that includes a thorough review of our current policy. We must make use of expert opinions, best practices, and ensure the process take place in an open, inclusive environment with plenty of public input.

We should be wary of proposals conceived and developed behind closed doors and pushed quietly through without public discourse or debate. This path can be interpreted as a strategy to deflect, rather than seriously address, the problem. The Mayor’s proposals may or may not have merit once they're properly vetted, but I have serious concerns about the unintended consequences and the potential for abuse of authority, particularly regarding the creation of an ethics auditor.

Regardless, the current proposal should only be an initial discussion point in a much larger ethics conversation. Let’s look at the missteps that led the Mayor to make these proposals.  A senior City official stumbled badly on a basic ethics question. Those in a position to do something said nothing. Adding more rules to an increasingly complex 50-page ordinance will not solve this particular problem or other issues at City Hall. Creating another layer of bureaucracy does nothing to address the underlying issues within the City’s organizational culture.

I think it is also important to understand that the process itself in fact worked. As with problems in the past, this ethics transgression was discovered and brought to the light of day. Complaints were filed and the Ethics Review Board held hearings. The board ruled that yes, indeed, a violation occurred and issued a letter of admonition, which is one of the punishments it is authorized to carry out. The system worked, yet the public is still angry. Why?  They are concerned that the behavior occurred in the first place; they have a nagging suspicion that this incident may not be an anomaly; and there were few repercussions, which reinforces the first two concerns. Finally, they know that ethics are about right and wrong, not rules. There are hundreds of ways to circumvent doing the right thing. The fix cannot be adding hundreds of new rules.

If we are serious about ethics in our local government, it is time for a major overhaul of our policies. Our current ethics ordinance focuses almost exclusively on guiding individual behavior. We need to explore a much broader range of ethics questions, including those that address group and organizational behavior. They can be more complex but are equally important and often involve significantly more dollars. Examples include recipients of City incentives, low-cost or free rent agreements for taxpayer-owned real estate, and policies regarding uses of excess bond dollars.

I believe it would be a disservice to the citizens of San Antonio to bring two simple recommendations to a quick vote. This might make for good headlines, but it won’t fix the problem. Instead, I would suggest we create a task force made up of council members, ethics review board members, stakeholders, and experts in the field to meet periodically and publicly over the next few months to review the ordinance and recommend changes.

I ask the Mayor and my Council colleagues to take up the cause and join me in this effort. It is important that we not just get past the current dilemma, but are able to vote on changes that are solid, make a difference, and help restore our citizens’ faith in our local government. 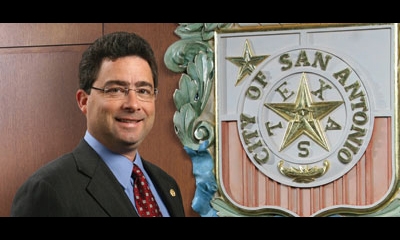