In an article shared on the Rivard Report, the neoliberals spoke on the ride-hail programs that have weaseled their way into the city under the guise of “progress.”

Other words often batted around concerning the return of ride-hail are “freedom” and “choice.” Words normally spouted by right-wing libertarians as a catch-all term that really means “no rules or restrictions – just profit!” The “freedom” to drive residents around without any sort of background check to make sure drivers are licensed and legal to drive, without having to pay the city for the use of its resources. Mayor Taylor and City Council members like Ron Nirenberg and Robert Treviño thought this was a good idea, but the benefits have been far from obvious. The evidence? Mostly anecdotal from those who supported the deal — like that from Councilman Treviño.

Treviño’s tenure as City Council member in District 1 is checkered at best. While claiming to be a progressive, he has been on the wrong side of the fence when it comes to supporting the people.  As of late he not only supported the sweetheart backroom deal for Uber/Lyft to operate in the city without adhering to any regulations of the industry, but now is also working to give away part of our public Hemisfair Park to corporate interests to build a private hotel. It is these corporate-cozy politicians that let Uber back into the city without asking for anything in return. In fact, in their operating agreement with the city of San Antonio, these hundred billion dollar corporations are only paying a fraction (3.5 percent) of what the taxi industry pays annually to the city for operating – a few thousand dollars a month!

At the same time, the city is touting the ride-hail industry as “progressive” – as if renting yourself out as a driver through your phone is somehow an idea that will revolutionize society. The truth is that these drivers are also being exploited. There’s nothing progressive about risking your insurance, automobile, and health just to make a few extra bucks. If you’re not being paid enough at your first job, that’s the real issue. You shouldn’t have to rent out your car and risk it all just to make ends meet. That is not progress – that’s exploitation!

Although the city council claims that they are vetting these corporations and the public is giving input, the truth is that the city, as with most things, has limited options for giving feedback. Unlike cabs and limousines which are regulated and have their own public safety governance to report issues, Uber/Lyft have no way for riders to report complaints that the city has access to – they must rely on trusting that these corporations will self-report when riders have problems. Unless someone files an actual police report, there is no way the city of San Antonio knows what is happening. The so-called public meetings for feedback have been sparse and predominantly dominated by members of the libertarian tech-munity TechBloc, which is heavily pushing for privatization of public services under the guise of – you guessed it – “freedom” and “choice.” Despite their propaganda, there is no data to show that these ride-hail companies have done anything to better the city, are widely used, or are even really wanted.

There have been no “success” stories for Uber/Lyft because there is no success to be had. The taxi and limousines make sure they cover the city, and there are enough to satisfy demand. Uber/Lyft do not care about demand – they will accept as many drivers as they can because at the end of the day, they don’t care who is driving or whether they make enough money – they just want their cut. And by doing so, they over-saturate the market (too many cars, not enough fares) and then no one can make enough to survive. Jobs are lost, families are affected. All because a hundred-billion dollar corporation wanted a little extra money? How is this progress? How is this freedom?

So how is this a matter of freedom? It’s not. How does this show the city it’s progressive? It doesn’t.

For all of us, this is a raw deal. And it’s time the city of San Antonio realizes that.

Stand with local small businesses that are homegrown. We are a city that cares for our own. Support Local Transportation – Not Big Corporations! #NoUber #RideHailFails #SAPA #SAProgress #Progress4SA 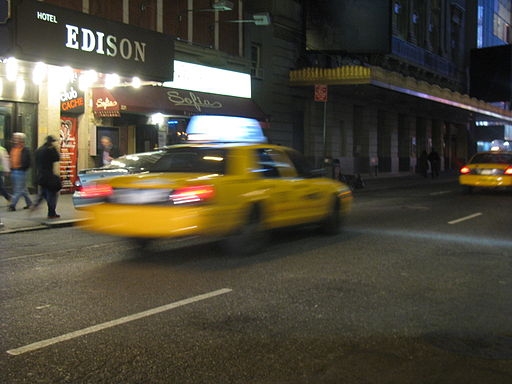