(SAN ANTONIO) – Padgett Stratemann & Co. (PS&Co.), with nearly 70 years of involvement  in the communities it serves, has launched its Fall 2014 computer donation initiative. The bi-annual program donates gently-used laptops to some of the many worthy non-profit groups across South Central Texas.

Since launching the program in 2010, Padgett Stratemann has given almost 200 laptops to nearly 100 Texas-based non-profits, including many in and around Austin. These computers enable the organizations to modernize their information technology capabilities, a need that is often unfulfilled due to budget constraints. The firm has offices in Austin, San Antonio and Houston.

AIDS Services of Austin, Avance, San Antonio Lighthouse for the Blind, Texans Care for Children, Hays County Food Bank and Bell County Habitat for Humanity are just a few of the many organizations that have received computers from Padgett Stratemann in the past.

Helping organizations that devote their time to helping others has always been a mission of PS&Co., and donating gently used computers to those who need them most supports that focus.

“We had hoped a program of this nature would strike a chord with non-profits needing improved technology, and that has definitely been true,” said Maria Barrett, Director of Marketing & Community Involvement at Padgett Stratemann. “We are humbled by how many non-profits apply to receive computer equipment and by the incredible commitment they have to their respective missions. Our biggest challenge now is our wish that we could support all of the deserving non-profits.”

Padgett Stratemann is accepting submissions from non-profits that can put up to three laptops to good use in their efforts to aid their community. Organizations desiring to participate in the program must have 501(c)(3) status from the Internal Revenue Service and must have been operating for a minimum of five years.

First-time and repeat applications are welcomed. Applicants who have submitted previously without receiving a computer from the program are encouraged to re-apply. Big Brothers Big Sisters of South Texas, for example, applied twice before being awarded computers on the third try.  The Heidi Search Center secured computers on its second attempt.

“It’s not uncommon for an organization to apply a couple of times before being selected,” said John Wright, Managing Partner. “That’s a testament to the drive that these great organizations have and to what makes the Austin and San Antonio areas such great places to live and work. We’re excited to now expand the program to the Houston area, as well.”

A full explanation of the program, including the application form, is now available online at padgett-cpa.com. Submit applications via email by November 21 or by U.S. mail postmarked no later than November 21, 2014.  Padgett Stratemann plans to notify organizations selected to receive computers during the week of December 15, 2014.

Padgett Stratemann & Co., LLP is one of Texas’ largest, locally owned CPA and business advisory firms. With headquarters in San Antonio and offices in Austin and Houston, the firm works with clients in sectors including: banking, construction, government, non-profit, health sciences, professional services, manufacturing, retail, distribution, technology, insurance, oil and gas, government contracting, and real estate. The firm’s experienced professionals provide a range of sophisticated accounting, audit, tax and other business advisory services for both publicly traded and privately owned companies. PS&Co. serves clients throughout the United States as well as internationally. The firm is a McGladrey Alliance member. The McGladrey Alliance is a business of McGladrey, Inc., a leading professional services firm providing tax and consulting services.

In business since 1945, PS&Co. is dedicated to professional excellence, integrity, and community service. Learn more about our depth of services and expertise. Visit www.padgett-cpa.com. 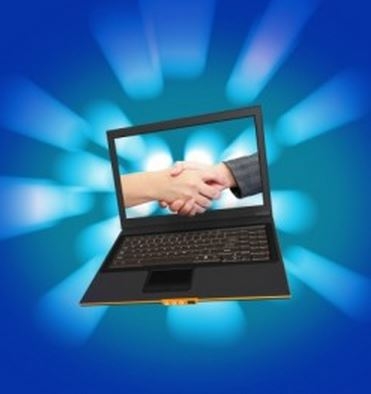