Editor's Note: This article was orginally published in The Mesquite, a student publication of Texas A&M - San Antonio. It has been republished here with the pemission of their staff.

Gallego is running against GOP incumbent Will Hurd who has a field office on A&M-San Antonio campus.

Gallego accepted an invitation to make a guest appearance to answer students’ questions in COMJ 3302 Interviewing, with adjunct professor Charlotte Anne Lucas. Lucas said she reached out multiple times to GOP incumbent Will Hurd but did not receive a response.

View a video of the class interview with Gallego below:

During the Q&A style interview, Gallego spoke on a variety of  topics including the presidential election, voting, healthcare and education.

Gallego is a native of Alpine, Texas. Growing up, Gallego said he worked in his family’s restaurant as a dishwasher and credits those early experiences for helping learn the value of hard work. He graduated from Sul Ross State University in Alpine and went on to The University of Texas School of Law.

In response to students’ questions, Gallego explained how untraditional this election cycle has been.

“This year is very different because you see that kind of rhetoric, it has affected different people in different ways. I think Mr. Trump has kind of awoken a lot of people about what’s at stake,” Gallego said.

“For me, when he talked about immigrants, as an example, that was my abuela (grandmother), so he was talking to me.”

Over 27 million Latinos are eligible to vote in the 2016 election but the Latino vote usually lags behind the African-American and Anglo vote according to PEW Research Center.

Gallego said he believes Latinos will have their voices heard this election. He feels Latinos and immigrants have been treated unfairly by Republican nominee Donald Trump.

“Once we start voting and we see what we can do, that makes all the difference in the world…and I think we are about to realize we matter,” Gallego said.

Responding to the skyrocketing cost of public education, Gallego spoke of his plans to help remedy the situation for students. The 2015 class graduated with an average of $35,000 in student loan debt according to The Wall Street Journal.

“I would probably still be the best dishwasher in Alpine, Texas if it wasn’t for the chance that I had to go to college,” Gallego said.

For more information on Pete Gallego and his competitor Will Hurd, visit their campaign sites.

Learn More About the Candidates

Election Day falls on Tuesday, Nov. 8. For questions on your voting site, or to view a sample ballot, visit the Bexar County elections website. Polls close at 7pm.

A&M-San Antonio will hold an election night watch party in the Central Academic Building (CAB) Vista Room from 5-10 p.m. Pizza and refreshments will be available to all students. 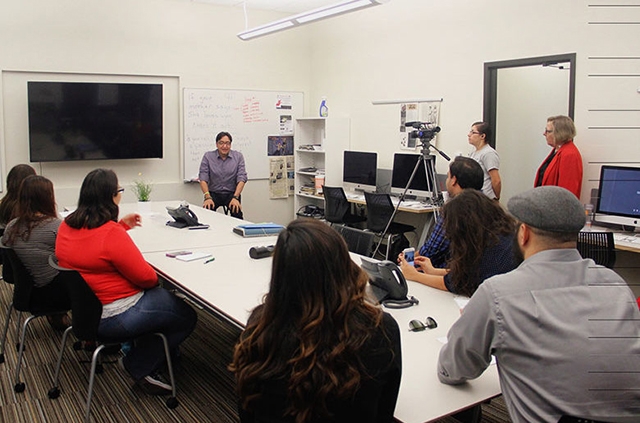