In response to a query from NOWCastSA, Salazar said he does not want to participate in the 287(g) program nor does he have resources carry out the duties of Immigration and Customs Enforcement, or ICE.

"I have not been contacted with any requests pertaining to the 287(g) program. We do not participate in this program now, nor do I have a desire to participate in it," Salazar wrote in an email.

In an recent executive order, President Donald Trump asked the Secretary of Homeland Security to enlist local law enforcement agencies to become partners with ICE within their jurisdictions. Local police officers and sheriff deputies would double as ICE agents when apprehending people.

In a February interview with Spectrum News, Salazar described his policy of working with ICE.

"The Sheriff's Office does honor those detainers (requests) as they come in," Salazar said.

Salazar said his office did not have the resources to do ICE's job.

"We're not equipped manpower-wise or training-wise or liability-wise to be immigration officers at present," he said in the Spectrum interview.

RAICES representatives said they hope to give Salazar the petition with 3,000 or more signatures, roughly his margin of victory last November against incumbent Susan Pamerleau. As of Feb. 22, 2,173 people had signed the petition.

After her announcement, Texas Governor Greg Abbott cut $1.5 million in funding for Travis County. Abbott also threatened to remove any local law official from office if they do not comply with ICE.

At a recent forum recorded by NOWCastSA, San Antonio Police Chief William McManus said adding federal and state immigration enforcement duties would overburden the women and men in his department. He said it would make communities less safe if undocumented people are afraid to call police with information or for help in emergencies.

“We will expand and revitalize the popular 287(g) partnerships, which will help to identify hundreds of thousands of deportable aliens in local jails that we don't even know about. Both of these programs have been recklessly gutted by this [Obama] administration. And those were programs that worked,” Trump said at an August 16, 2016 rally in Phoenix.

Meanwhile in the Texas Legislature, Senate Bill 4 would force cities, public colleges and universities to comply with federal immigration laws and immigration authorities. SB 4, also known as the "anti-sanctuary bill," carries penalties for local officials who fail to comply with its requirements.

“I think we are witnessing true injustice at work and we are seeing it happen in its mechanical form, how it looks black and white on paper,” Ryan said.

“Basically what the police are saying ‘we’re not going fishing for undocumented people. SB 4 is going to change that dramatically...this would possibly order the police and sheriffs to inquire about immigration status if there is any suspicion” Ryan said.

“The way I kind of think of it is as two (federal and state) arms joining together to kind of crush our community,” said Ryan. 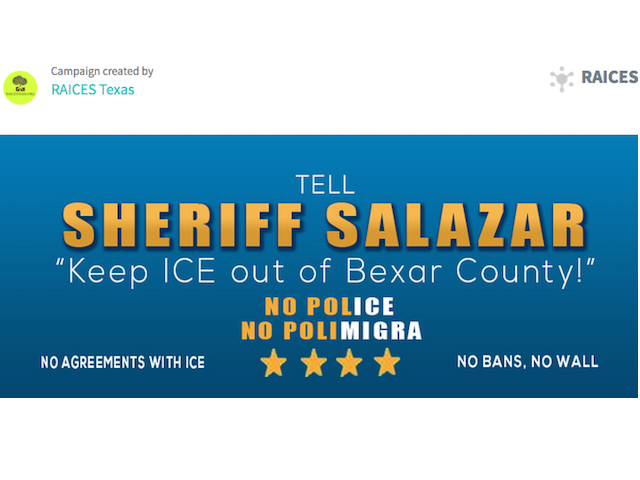