Kickstarter is a website that was created in 2009 to help fund creative projects.  From small amounts of cash for independent muscians up to a million dollars to manufacture an iPod Touch wristwatch band, Kickstarter has helped raise funds for a variety of projects.

People who are intersted in submitting projects to Kickstarter fill out an application describing their project, the amount of funding they are looking for, and what they would do with the money.  The project is reviewed by the Kickstarter staff, and if accepted, the person will receive an email notifying him or her of the next steps needed to get the project online.

The project will be active for a limited amount of time, most often 30 days, at which people across the world can back the project by pledging money to support it.  The interesting twist on Kickstarter is that funding is an all or nothing deal. If the project meets its goal then it gets all the money that was pledged, however, if the project falls short of the goal it receives no money and the people who chose to back it are not charged.  Additionally, backers of funded projects typically receive rewards ranging from a simple thank you note to a creation made by the Kickstarter.

San Antonians have turned to this website to help fund their creative endeavors.  Kickstarter member Wyatt Dunning is asking for funding to get the local band, The Sohns, latest CD pressed on black and red vinyl.  Furthermoer, the cover art would be hand-printed by Underbelly Printing in San Antonio so a donation not only benefits the band, but also a local printing business.

There are a couple of Kickstarter projects that benefit the local theater scene.  Jump Start Co is requesting funding to help collaborate with Divadlo z Pasáže (Theatre from the Passage)—an ensemble of profoundly mentally challenged performers from the Slovak Republic—on an original performance piece.  Jaime Ramirez is looking for funding to help fund a stage performance of D.O.A. based on a film noir released in 1950 on the silver screen.  He is writing the original music to accompany this stage adaptation that will be performed at the Overtime Theater.

Finally, Sparkatour, a San Antonio company (of which I am a cofounder) helps museums create guided tours that can be delivered on their visitors' smartphones, is looking for funding to make it easier for museums to get started using their service and creating guided tours.  Sparkatour's first client was the San Antonio Museum of Art and they created a guided tour for their recent Missing Peace Exhibit. 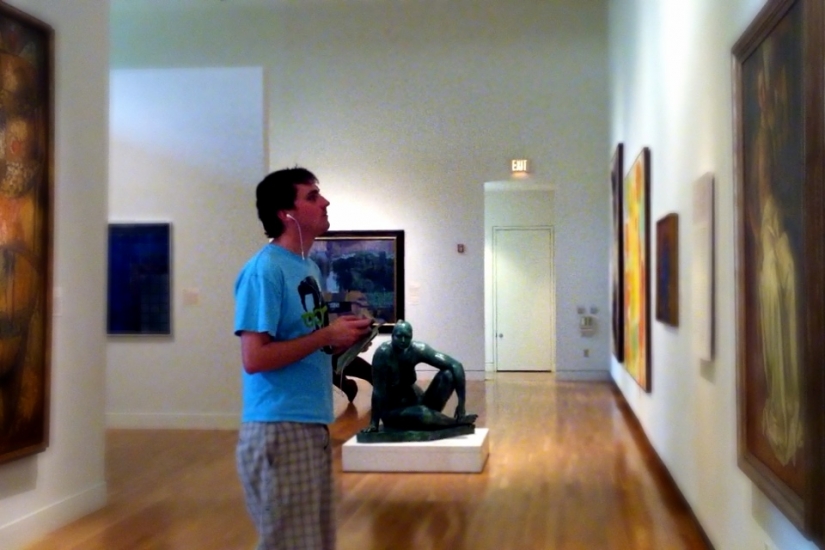