More than 250 people held signs, bumper stickers and cheered on the honking horns of some passing motorists as they showed their support for Planned Parenthood on Feb. 11.

The West Side rally was organized in response to a call for anti-abortion protests at the Planned Parenthood clinic on Babcock Road.

A handful of national anti-abortion groups called for similar Planned Parenthood protests nationwide the same morning, with hopes of stripping the women’s health care provider of taxpayer funds on state and federal levels.

Vanessa Martinez Campos was one of the organizers of the pro-Planned Parenthood rally, which went viral on Facebook.

View a small photo gallery from the rally below. 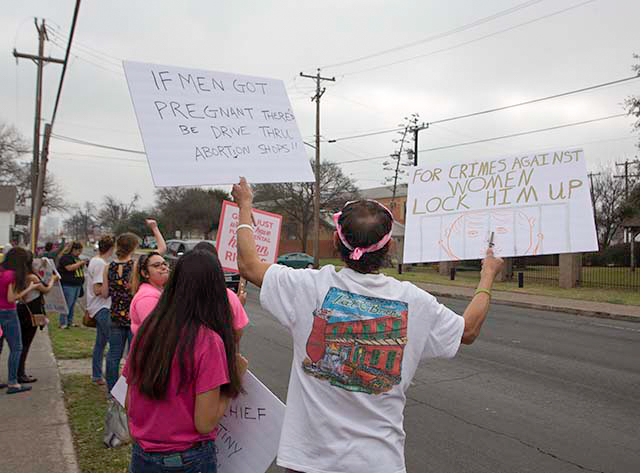 She described the event as peaceful. Women and men of all ages and backgrounds made signs and chanted slogans along both sides of West Commerce in front of Sabinas. A DJ’s all-female song selection ran the musical gamut.

Several attendees took advantage of an opportunity to register to vote on site. Planned Parenthood also raised $1,300 in donations at the event.

"We were truly proud of attendees,” Campos said.

Some rally participants said they want to just show their support for what they feel is a worthy organization that helps women and young families.

“Planned Parenthood does good things, not just for females but for the community,” said Zertuche. “This is a fight we don’t necessarily have to be fighting, but what we’re willing to take a stand because it needs to happen.”

“We need to protect them and government has no business in them,” she added.

Arlene Esparza said women are “in control of their bodies and we are capable of making our own decisions.”

“We don’t need anyone else to do that for us. The day that happens is the day people hit the streets like today,” she added.

Diane Garza said government should not tell women what to do with their bodies. She added that PP provides a variety of services.

“It’s not just about abortion or anything like that. It’s about medical, physical — a lot of women go to Planned Parenthood to get things they can’t get anywhere else.”

An attendee named Andrea chose not to divulge her last name. But she said she’s been a client of Planned Parenthood. Andrea said Planned Parenthood plays an instrumental role in helping women through an array of health care services.

“Women deserve equal health care like anyone else does,” she added.

Another woman, named Christina, said her body is “not a political statement.”

“Government should not tell me what to do with it. It’s such a personal choice. It’s hard enough as it is, it doesn’t need to be harder,” she added.

**Cover Image: Planned Parenthood supporters rally at Sabinas Coffeehouse on the West Side. Photo by B. Kay Richter. 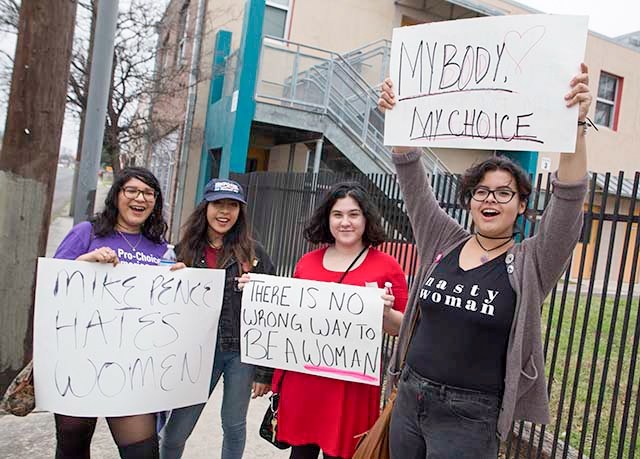