NOWCastSA teamed up with Texas Public Radio to spend time learning more about the personal qualities of  the four front-runners in the 2015 campaign for mayor of San Antonio.

Texas Radio produced an audio profile of each candidate that paired with a longer video piece produced by NOWCastSA. Here, in order of the votes they garnered in the May 9 election, are the stories:

TPR audio: For Ivy Taylor, At Home and Work, It's All About the Planning 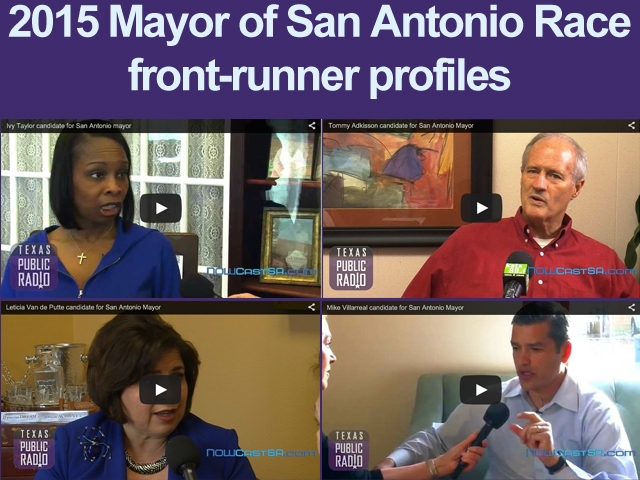