A Public Hearing will be held on Oct. 8, 2014 at 6 p.m. in the City Council Chambers. This will offer community members the opportunity to share their feedback with the City Council on the proposed Vista Ridge Water Supply Agreement that would provide 50,000 acre feet of non-Edwards Aquifer water to San Antonio by 2020.

“This agreement is important to the future and diversity of San Antonio’s water supply,” said Mayor Ivy R. Taylor. “Also important is the transparency of the process and the views of people throughout our community.”

In 2011, SAWS issued a request for competitive sealed proposal for 50,000 acre feet of non-Edwards Aquifer water in order to diversify its water supplies and to obtain water that the community will need to accommodate expected future growth.  After reviewing the nine proposals that it received, SAWS selected a proposal submitted by the Vista Ridge Consortium.   The Vista Ridge Consortium is a partnership between Abengoa and BlueWater Systems, which has assembled 3,400 leases for water rights with local landowners in Burleson County.

In order to provide transparency to the process, SAWS held seven negotiation meetings that were open to the public.  The contract document and related appendixes were also posted to its website. SAWS and Vista Ridge have reached agreement on the key terms of a contract.  The SAWS Board voted to approve the contract during its Sept. 29, 2014 meeting.  City Council will consider the contract in late October or early November.

Follow these links to learn more about the proposed Vista Ridge Pipline project. 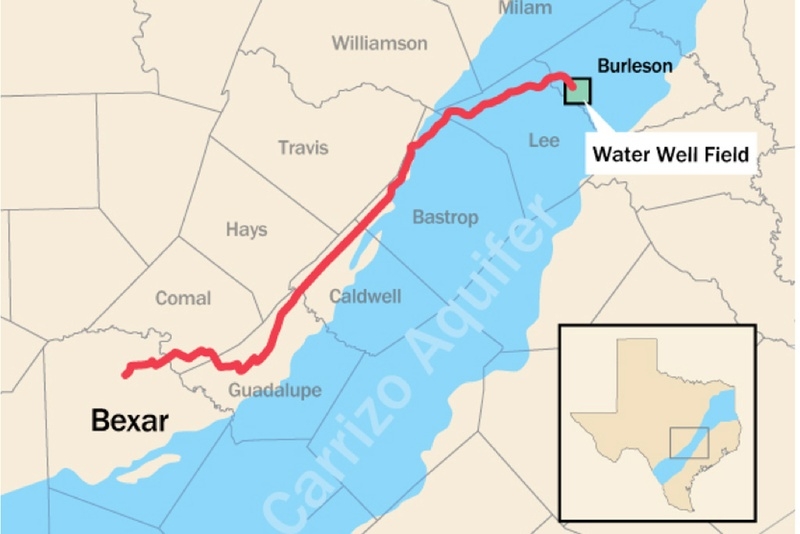