Analysis: What I Learned About Public Participation at the New Urbanism Congress 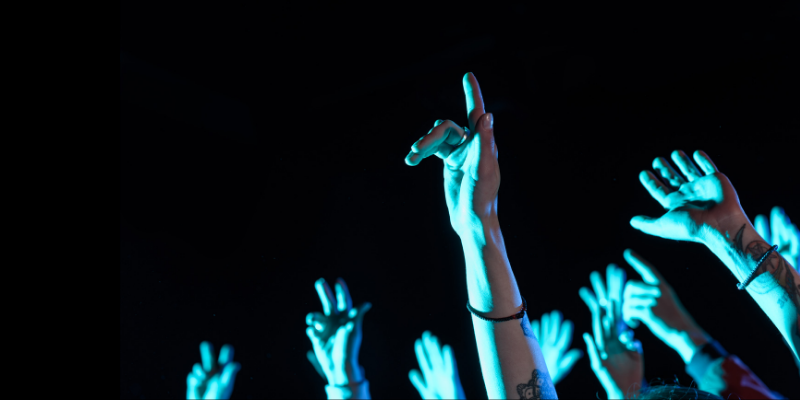 We sat in our first session, a form-based code “boot camp” in anticipation and some trepidation. When we were to introduce ourselves to a roomful of developers, land use attorneys, elected officials, planning staff, and consultants, I whispered to my seat partner, “Don’t tell them we are neighborhood and housing advocates.”

I suddenly felt like we were strangers in a strange land. As one of the few community advocates attending Congress for the New Urbanism, we were.

New Urbanism “is a planning and development approach based on the principles of how cities and towns had been built for the last several centuries: walkable blocks and streets, housing and shopping in close proximity, and accessible public spaces. In other words: New Urbanism focuses on human-scaled urban design. “It promotes ideas such as sustainability, transportation, walkability, density, mixed housing.  As its founder, Andres Duany states: “The sum of human happiness increases because of New Urbanism.”

Like so much else, beneath the surface of idealism are complexities and problems that must be addressed. In its implementation, New Urbanist ideals are often played out as development deals. What can result is a commodification of our neighborhoods in which development is valued over community. Its aims may be noble, but the reality, unless there is thoughtful intervention, is that New Urbanist development ideas can cause displacement of community and destruction of neighborhoods.

The worst cases are the promotion of market rate development couched in social justice language such as the case with the “density at all costs” proponents. If you have roots or live in the Eastside or Westside of San Antonio, you will recognize the concept: destruction of our history, our communities, and our neighborhoods all for the sake of the “public, greater good” which translates into real estate transactions and seldom fulfills its promise.

There is only one way to intervene so that our neighborhoods are nurtured while they change to meet the challenges of the future: The intervention is us, the people who live in our neighborhoods.

It was with this in this in mind, that several neighborhood advocates attended the 27th Congress of New Urbanism conference in Louisville in June. It is an influential conference that hosts city staff and developers from all over the country. New Urbanist principles drive city planning policies.

We paid for our travel, food, and lodging, as well as some of the workshops at considerable personal expense although we were fortunate to receive a scholarship for most of the classes (thanks to letters written by Mayor Nirenberg and Erika Ragsdale formally of NHSD) so that we could better understand New Urbanist ideas, most specifically, form-based codes.

We felt like this was an opportunity to listen and learn, and I did learn a great deal. We brought back  useful tools and good ideas to share with community. We cannot move forward, however, until our biggest impediment is addressed: The lack of respect towards community and citizen concerns.

What I found at the conference is that our voices were not welcomed.

This was clear from that first form-based boot camp, when the presenter asked participants to raise their hands if they were city planners, consultants, land use attorneys, or developers. It did not occur to her that there would be community advocates present. That overlook would not be important in itself except that it embodied an attitude we encountered repeatedly.

During the conference, in the workshops I attended (which were mostly on zoning and codes, as well as on equity, housing, and public participation), there was a common thread of hostility towards the public. We were the ones that “killed” their plans, their attempt to “build places people love.”

Repeatedly I heard stories of how a project was doing great only to be blocked at the last minute by the public or an elected official “bowing” to public pressure. There were those who admitted that they hadn’t done enough effective public engagement and seemed sincere in their wanting to do a better job. Others barely contained their disgust for the public process.

I heard the public likened to members of the Flat Earth Society, or as the “usual suspect”: bored, alienated, privileged people who are against everything without reason. We were described as ignorant, misinformed busy-bodies who don’t care about the facts, who fear anything new, who don’t know what they want, and don’t represent anyone. This attitude of disrespect seem pervasive in the sessions I attended.

“Positive” remarks about public participation and engagement, by many of the speakers were usually patronizing: they would “educate” us, they would help us understand what is good for us. When I suggested the possibility of being educated by us, there was silence.

Most grievous, were ways we heard how city governments and consultants could manipulate or cut us out of the process altogether. It was suggested at one session that politicians find the “courage” to vote for contentious changes by hiring a consultant and allowing the consultant to take the political heat. We were told that city governments should be built for the future unimpeded by those residents who live in them now whatever the consequences. I thought it odd that he thought of city government as something separate from the people it represents.

The most insidious plans came from a presenter who had worked on codes in South Bend, Indiana who described his process.  His slide read: “First Rule of Zoning Reform: Fight Club.”

“What happens in Fight Club,” he stated, “stays in Fight Club.” He explained how planners should avoid talking to the public about projects. He cited an example of a change in which the city government created a dense and difficult-to-decipher ordinance which was brought in to the dais quietly, using a low monotone to announce it (he actually modeled the voice) and took a vote quickly.

“Nothing to see here” he announced to the audience with a laugh.  He explained his “quick fix” method, advocating that cities tell the public that every change they make is a quick fix, no big deal, and by the time there is profound change, “the public won’t know what hit them,” he said. His slide which actually outlined the process read:

We sat shocked at the unethical disregard for transparency and public discourse, so elemental to good government and the democratic process. As I looked around, however, people were nodding and smiling, taking notes.

There were also brighter moments:

The next speaker at this particular session, a city planner from Michigan, stood up at the podium and said quietly, “Fight Club would never fly in Kalamazoo” and went on to describe how engagement takes time and how they are struggling. She showed a willingness to try. What struck me was that many of the speakers who were sincere, did not know how to engage. There were workshops on charrettes and bureaucratic processes (run by consultants mostly), but not how to actually partner with community.

We heard challenges and questions:  One elected official questioned the notion of unbridled market-rate development as a means of generating affordable housing and pointed out the rise of land values and the real possibility of displacement. Her question was dismissed with a shrug of the shoulders and the stock comment about now the displaced will be richer because their house will be worth more. She just shook her head. We connected afterwards and spoke about our cities and communities sharing our concerns.

What was rarely acknowledged were the concerns of residents (particularly those from marginalized neighborhoods or those vulnerable communities of color), those who see the effects of policies on a micro level and who want to prevent the “unintended consequences” and “collateral effects” of seemingly good intentions.  We see how good policy is exploited for short term profit. It takes three years, we were told recently by a land use attorney, to get around any ordinances that stand in the way of developers. It is in this winner take all climate that we are forced to fight exploitation instead of the more useful process of working together to find solutions help our communities as we face future challenges.

Can you imagine if it were different? What would it look like to live in a city in which decisions about our neighborhoods and community were made by a partnership of community and our government when we are directly affected? A city in which the implementation stage of good policy would not be corrupted by monied interests?  Can you imagine the opportunities to confront the economic divide, the inequities caused by displacement and lack of affordable housing?

As it stands, the City seems to operate on the notion that if change can’t be implemented by for-profit developers, then it has no merit. This approach is killing our communities and neighborhoods, making the problems of economic segregation more severe and severely eroding public trust in their city departments and elected officials.

Much of what I describe above would be bad enough on its own, but what hit home, is that advocates have felt the use of these attitudes and tactics in San Antonio. There are bridges being built between neighborhoods and city staff and the inclusion in technical working groups, task forces, and committees has moved us forward. We have the newly adopted Public Participation Principles, but these principles are only a start as we strive to move towards transparency and trust. Already we have felt resistance to implementation.

The truth is we cannot solve problems and protect vulnerable communities without a partnership with CoSA. Neighborhoods, social justice, and environmental groups simply cannot do it without cooperation with our city, county, and state governments. On the other hand, the City will continue to face mounting resistance if they do not include us in the decision-making process.

Elected officials have already felt a backlash from voters. We are seeing more inclusion of neighborhood residents in the process, but we still have a ways to go. How do we better understand the role of the development in making our city a better place to live, not only for tourists, or for those moving or are born here in the future, but for those of us that have invested our lives in this city and are contributing to it, sustaining it, and living here now? Creating sustainable, affordable, compatible, and attainable housing and an equitable city now insures a better city for future residents.