After moving to San Antonio two years ago, Latvian native Natalia Sun became fascinated with Mexican culture and traditions, among them Dia de los Muertos, which was the inspiration behind her photographic work, “Mystical Brides.”

The photograph is a celebration of the Mexican holiday with an unexpected mix of fashion through bridal couture and exquisite hairstyles, as well as an illustration of the three brides’ faces that Sun painted as "sugar skulls" as the haunting trio stands in the foreground of a mystical forest.

“It is a personal creative expression of Dia de los Muertos with a touch of classic glamour,” the photographer said. “Brides were photographed at different times and brought into one piece; the dark forest environment (created) through a digital manipulation process."

Sun’s work along with that of journalism and commercial photographers Darren Abate, Billy Calzada, Mark Greenberg, Josh Huskin and Mark Sobhani is included in “¡Puro San Antonio!” which opens with a reception from 5 p.m. to 7 p.m. Saturday, Aug. 27 at the MBAW Gallery, 23705 IH-10 West, Suite 101. The exhibition, in conjunction with Fotoseptiembre, continues through Oct. 21. Gallery hours are 10 a.m. to 5 p.m. weekdays or by appointment by calling (210) 504-9021.

“All photographers who are in the show are working professionals with a background in journalism and commercial photography,” curator Julya Jara said. “You will never see one without a camera, always ready to catch the next ‘decisive moment.’ In ¡Puro San Antonio! fine art and documentary genres walk hand in hand as the story of our culturally diverse city unfolds through their beautiful imagery.”

Natalia Sun’s artistic journey started in late childhood by spending hours drawing from classical art books. After high school graduation, she sought a greater understanding of the world by obtaining her master’s degree in art history and world culture. However, it wasn’t until she began working as a graphic designer in Florida that she stumbled upon her true passion: photography.

It all started after Sun took a workshop with the award-winning photographer Jason Lanier in Los Angeles. “It triggered something in me, and I took it to heart and ran with it to see what happens,” she said. “Now I’m literally obsessed with bringing my visions to life through photographic expressions along with the post-production and digital manipulation aspect of working with images after a shoot.” http://www.intrigmacreative.com/

Darren Abate is a freelance photojournalist and San Antonio native who has been making images professionally since early 1994, with emphasis on news and pro sports photojournalism. He has been published internationally and is a regular contributor to agencies such as the Associated Press, Reuters, and Getty Images.

Growing up in San Antonio provided a rich cultural environment that has influenced his personal work greatly. The history and personality of the city provides much inspiration for making meaningful pictures. His next personal project will be a panoramic pinhole exhibition of scenes of life in San Antonio. https://darrenabate.com/

Billy Calzada didn’t like the first camera that he ever had. It was a Fisher-Price toy given to him when he was a boy. He cried because he didn’t like it. But when his older brother, Victor, took it and had fun making make-believe pictures, Billy cried again because he wanted it back.

Victor and Billy eventually became photographers while youngest brother, Bobby, became a news graphics artist. They each love the power and also the gentleness present in images. Billy satisfies his love for humanity and desire to create by practicing street photography. He is a news photographer, having worked at the El Paso Herald-Post, the Orlando Sentinel, and currently with the San Antonio Express-News. https://www.instagram.com/billycalzada/

Mark Greenberg is a San Antonio-based photojournalist and commercial photographer specializing in dynamic, compelling and sometimes humorous images for companies and publications throughout the world. His list of clients includes: USA Today, The Times of London, National Geographic, ESPN, The Wall Street Journal, General Motors and Lockheed Martin.

In his spare time, Mark has discovered the meaning of life, the cure for cancer and what the TV show "Lost" was really about. But, before he could share these discoveries with anyone, he was hit on the head by a coconut on the set of “Gilligan's Island: The Next Generation” and immediately forgot it all. http://www.markgreenbergphoto.com/

Josh Huskin is an editorial and advertising photographer living in San Antonio. He grew up in West Texas with a slew of siblings and later crafted his love of creative and conceptual photography, leading to his being published nationally (he’s willing to travel!) as well as being featured on 50 plus covers of regional magazines.

This bearded gentleman is a proud member of the Alamo Beard Club and likes to kick back with a cold Texas beer while watching his favorite team, the San Antonio Spurs. He plays basketball every week and aspires to one day be able to dunk a basketball on a 10-foot rim. He also serves as the president of the Austin/San Antonio Chapter of American Society of Media Photographers. http://www.joshhuskin.com/

Mark Sobhani is an internationally published photojournalist, and an all around pretty good guy.
He admits: I’m kinda awkward. A bit eclectic. Somewhat quirky. And not the least bit OCD. I’m pretty even-keeled. I don’t get rattled.

The first big chunk of his career was as a newspaper photographer. “I documented some of the biggest stories and traveled the world. I witnessed the amazing, the depressing, the inspiring. I’ve met presidents, athletes, war heroes and thousands of everyday people doing extraordinary things. I had a career's worth of assignments in that short time.”

He left his job as a newspaper staff photographer in 2009 and dedicated himself to documentary photography with an emphasis on weddings and corporate clients. “I love the spontaneity, the raw emotion, the reaction, and the challenge of finding new ways to tell someone’s story. I enjoy street photography as a means to stay fresh and push boundaries in my work.” http://marksobhani.photoshelter.com/index 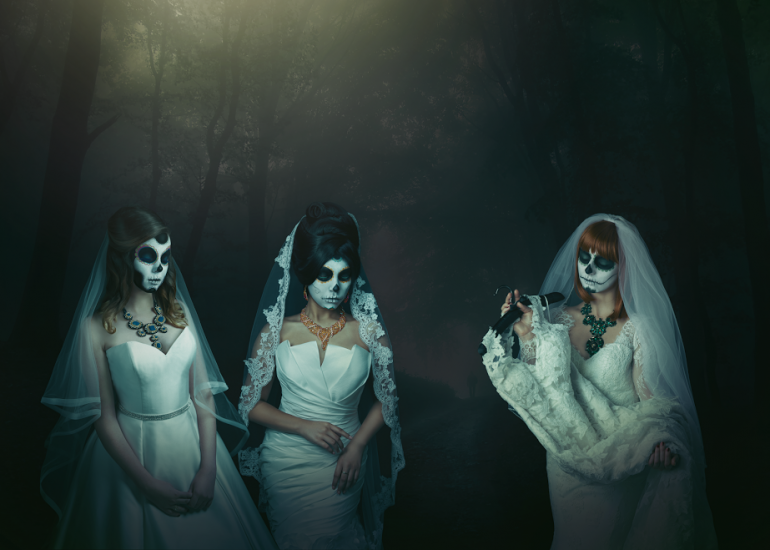