Putting the public back into governance, with respect 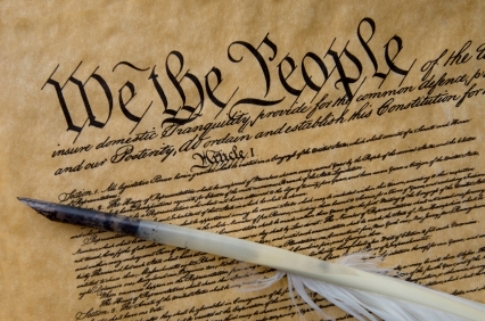 “I believe that you as members of the public actually bring valuable knowledge...you bring insight to the processes, to our decision making. You're the expert in living in this city, right? Because you live here,” she told constituents at a community forum on the topic at her alma mater, Thomas Jefferson High School.

Read a draft of the proposed resolution:

Without public input, she said, decisions by city council may not be the best solutions to problems, might not stand the test of time, or could create unintended consequences.

Sandoval said she wants to remove barriers to public participation by having city meetings webcast live and archived, and by providing free parking for people who come to city hall to speak at public meetings.

In a recent analysis published by NOWCastSA, San Antonio ranked last in transparency among the 10 largest cities in the state, based on its failure to live stream and archive video of commission meetings, post thorough and accurate agendas, archive video or audio of many meetings and the city staff’s repeated failure to post accurate and timely minutes of many meetings. (Read that analysis here.) 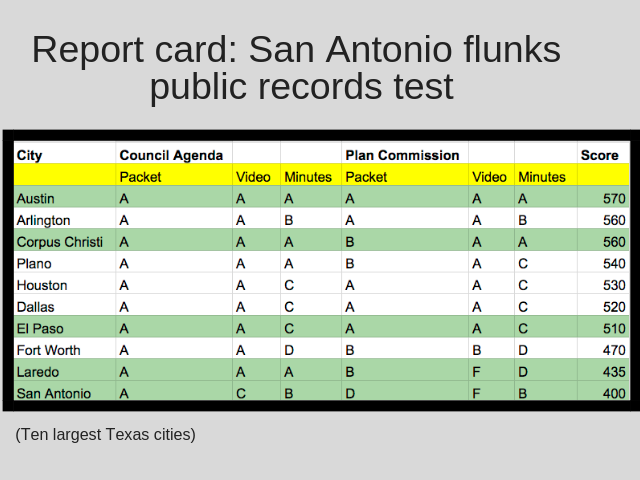 During the community meeting, Sandoval demonstrated how the public input process could work, using the city’s selection of a new city manager as an example.

First Assistant City Attorney Elizabeth Provencio described the city manager’s position as being similar to that of a CEO. The City Council is responsible for big picture goals and setting policies and it’s the city manager’s job to manage about 12,000 people in around 40 departments.

Sandoval said a quality she’s looking for is the ability for the new city manager to work well with key constituencies she’ll be in constant contact with: the community, city councilors, and city staff.

She said she also looking for someone who is committed to transparency and public participation, how the manager sees the city’s role in tackling issues, such as generational poverty, and someone with the technical skills needed for the job.

Then, she took questions and suggestions from attendees, which included suggestions for a probationary period, the release of candidates’ resumes, District 2’s participation in the selection process, and their desire for a local candidate.

“I think it would be ideal if we could give the job to somebody who’s already a member of our community because it’s one of the best jobs in San Antonio,” she said, but added that she’s not willing to sacrifice the quality of services people will receive to land a local candidate.

“This isn’t the minor leagues. We are the seventh largest city in America and whoever comes forward has got to be able to have the technical abilities to manage an organization that big,” Sandoval said.