When gay men, who were patrons of Robert “Papa Bear” Edwards’ bar, became sick and dying of AIDS in the early ‘80s when not much was known about the disease, he knew he had to do something to offer them comfort and care and soon founded the San Antonio AIDS Foundation.

“He was San Antonio’s first major HIV/AIDS advocate, founding our organization in 1986 when so many people - even doctors and health care professionals - were terrified of the still relatively unknown virus that causes AIDS,” CEO Cynthia Nelson said in a written statement. “It was a time of fear, panic and desperation for so many - especially in the gay community.  People were sick and dying and had nowhere to turn for help or comfort. But thanks to Papa Bear, they found a safe and caring place where they were not shunned or turned away.”

Edwards died Nov. 10 of natural causes after an extended illness.

His hospice work orginated behind his gay bar, Papa Bear’s, on Broadway near Mahnke Park, then grew to a small rental house nearby, and eventually to an abandoned nursing home at 818 E. Grayson Street, where the organization is currently located.

“I took over the leadership because no one else was doing it,” Edwards said in a 2014 video documenting the history of the San Antonio AIDS Foundation. “It gave me a purpose in life … It can show people, here’s a tragic situation. Now let’s work together to overcome this.”

Although he retired in 1991, Edwards remained a strong advocate for the fight against HIV/AIDS until his death.

“San Antonio owes Papa Bear a huge debt of gratitude for his vision, his tireless work and his dedicated service,” Nelson said. “And 30 years after its founding, his legacy lives on in the work of the San Antonio AIDS Foundation through our continued mission to prevent the spread of HIV in our community and to offer comprehensive and compassionate service to those who are affected by HIV/AIDS.” 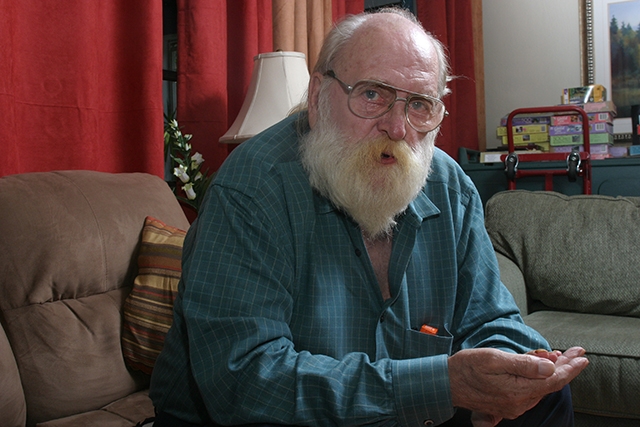