More than 120 people came to the Henry B. Gonzalez Convention Center on Aug. 26 to listen and add their suggestions - some quite passionately - about how the city should redevelop the Alamo Plaza area.

Many residents were most concerned that the Alamo experience not begin with the legendary 1836 battle, but instead reflect the indigenous people who lived there before the Spanish built the original Mission San Antonio de Valero in 1744.

Others, including architects and archaeologists, said the Alamo Plaza area needs to be more "walkable" and better connected to the San Antonio River, River Walk and other significant public spaces downtown.

The Alamo Plaza Advisory Committee sought the public input as part of its process to create a vision and guiding principles for the redevelopment of the Alamo Plaza area.

The Advisory Committee was created after the San Antonio City Council in March, 2014 approved District 1 Councilman Diego Bernal's request that the city develop a comprehensive master plan for Alamo Plaza.

Then residents held small group discussions on the draft "Vision and Guiding Principals" on the Alamo Area Experience Plan.

Participants were asked to put green dots of approval or red dots of concern on the Themes and Goals of the Alamo Area Experience Plan, which were posted at four places in the room.

The meeting got lively when residents who had signed up to speak offered their comments on the direction of the vision and guiding principles for the Alamo Plaza area, a process that lasted about two hours, pushing the meeting's conclusion to 9:30 p.m., instead of the originally scheduled8 p.m.

Many people spoke up on behalf of the pre-Alamo history and the people native to the San Antonio area.

There was one area where participants seemed to be universal agreement: They don't want to see the Alamo Plaza area become a "theme park."

The next meeting is scheduled for Monday, Sept. 15,  from 10 a.m. to 2 p.m. in the first floor auditorium of  the San Antonio Central Library, 600 Soledad Street.

For more information go to this link on the City of San Antonio's website: http://www.sanantonio.gov/CCDO/Resources/AlamoPlazaAdvisoryCommittee.aspx

Correction: As originally published, this article did not contain information from the UNESCO World Heritage organization explaining that World Heritage sites remain part of the legal territory of states where they are located. This article has been updated to include that informattion. 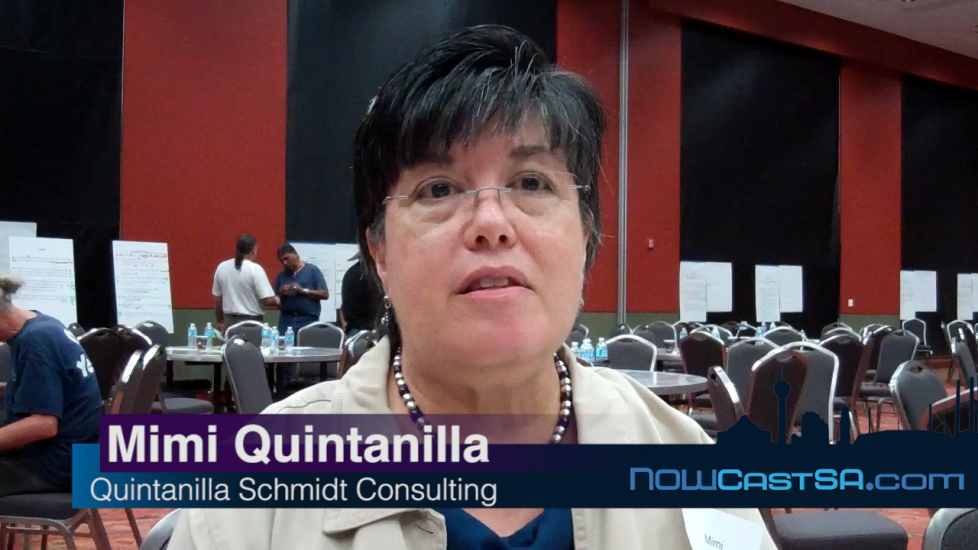