Americana music master Robert Earl Keen (best known for his song, The Road Goes on Forever) will share his thoughts on the creative process at the Briscoe Western Art Museum on June 28, 6:30 p.m.

Sharon Garcia, Communications Manager, for the Briscoe, said the presentation is part of the 2016 Voices of the West: Distinguished Lecture Series.

“Robert Earl Keen will give a lecture about storytelling and song in the American West,” Garcia said. “He has been wanting to come to the Briscoe for a long time.”

This singer and songwriter is an icon of Texas Music. His legacy is a testament to the craft of storytelling.

“A lot of his songs are stories,” Garcia said. “He is going to share his insight into his music and creative process.”

Garcia said the event is free for Briscoe members and only $10.00 for the general public.

“Even though it’s free for members, they have to register,” Garcia said. “Ticket sales have been fast.”

Keen traditionally comes to San Antonio in December for his show, Merry Christmas from the Fam-O-Lee. Fans from back-in-the-day will remember his Christmas concert at the John T. Floore Country Store in Helotes. Around the turn of the century, he took his holiday show to the Majestic Theatre. The Tobin Center for the Performing Arts has hosted Keen and his band, the X-Mas Men, for the past two years.

Garcia said his appearance at the Briscoe will be very different.

“The hall holds about 350 people and there is no overflow,” she said. “We’re anticipating a sell-out.”

A conversation with Keen is as easy as a chat with your country cousin on the front porch of Grandma’s home. Keen is about as Texan as you can get. Originally from Houston, he currently resides in the Hill Country. His career in music started back in East Texas.“I started playing when I went to Texas A&M,” Keen said in an interview last December.

College Station is where he met a fellow musician and a fellow Aggie.

“Lyle Lovett helped my career,” Keen said. “He’s one of my real friends, not just a musician friend.”

Keen sings about some of his adventures with Lovett in The Front Porch Song:

In his career, Keen has performed everywhere from honky-tonks to huge outdoor arenas.

“I’ve done everything from cow pens to the Kennedy Center,” he said.

His appearance at the Briscoe will be much more intimate.

“Even though it’s a lecture, we’re going to have a sound system set up,” Garcia said. “He will play a couple of songs.”

This will be a special appearance in other ways.

“Before the lecture, there will be a member reception with Robert Earl Keen Honey Pils,” Garcia said. “And we’re going to raffle off a signed guitar,” she said. “You must be present to win.”

Visit the Briscoe’s website for more details about their exhibitions, the lecture, or the raffle for the autographed "Road Goes on Forever" custom guitar. 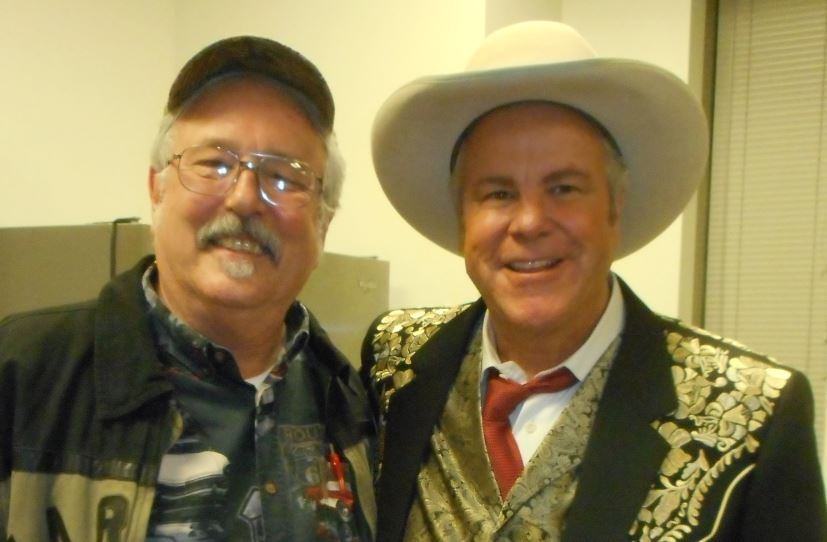