Tragedy struck Sunday, July 23, 2017 when dozens of immigrants were trapped in a semi-trailer truck parked in a Walmart parking lot in San Antonio. The men, women, and children put on the rig in Laredo had been promised that their trip would include air conditioning. Not only did they not have air conditioning, but no air to breathe or water to drink as well. It was certainly a horrifying and gruesome end to the lives of 10 people who have died thus far and a horrendous experience to survivors who no doubt contemplated their death over several hours that felt like an eternity.

This is a doleful reminder about the human element that is routinely cloaked in our discussions and debates regarding immigration policy. Policy decisions affect real, breathing human beings, many who risk their lives as they try to overcome the increasingly insurmountable and unforgiving impediments making passage into the United States difficult.

Opportunistic voices and twisted logic have reared their ugly heads to illuminate how this tragedy could have been prevented if proposed anti-immigrant laws were in place. Conservative political commentator Ann Coulter tweeted shortly after the catastrophe that the immigrants who died in the Walmart parking lot would still be alive if Trump's wall was in place. The Trump wall will not stop unauthorized people from crossing into the United States and most who are in this country without documents entered legally with visas and overstayed. Certainly saving immigrant lives was not what motivated Trump to call for the building of the wall.

In Texas, Lt. Gov. Dan Patrick made similar arguments pointing out that he made the passage of SB4 - the Texas draconian bill against sanctuary cities that went into effect on Sept. 1 - a priority to prevent such tragedies. Patrick blames sanctuary cities and what he calls Democrat "open-border policies" for the dreadful deaths. Patrick reasons that unauthorized immigrants keep coming to the United States because they feel that they are protected and safe in sanctuary cities, where they can "live outside of the law." I am pretty sure that saving immigrant lives was not what motivated Patrick and Gov. Greg Abbott to make the passage of SB4 a top priority.

What exact Democrat open-border policy that Patrick talks about is not clear. Indeed, President Obama was not soft on immigrants, as he was commonly called the "Deporter in Chief" for the massive numbers of immigrants that he deported, many more than George W. Bush. Obama's Deferred Action for Childhood Arrivals (DACA) executive order did not involve opening up the borders, but providing some security for young adults who came to the United States as young children - in effect, keeping them safe from Obama, himself, the great deporter of immigrants.

Unfortunately, the tragedy that struck in our San Antonio community is not an isolated incident. The bodies of poor, unfortunate immigrants litter the terrains of Mexico and the United States. The building of U.S. operations to block common immigrant passage areas have over the last three decades rerouted immigrants to more perilous and inhospitable routes where too many immigrants lose their lives.

Speak as they will using twisted logic, the likes of Coulter and Patrick and the policies of Donald Trump and Abbott have clear intentions - to halt immigration into the United States and deport immigrants using any means possible - not to prevent tragic deaths like those occurring on a sweltering summer day in a Walmart parking lot in San Antonio. If they truly want to prevent such catastrophes, they should promote humane immigration policies.

Sáenz is dean of the College of Public Policy and holds the Mark G. Yudof Endowed Chair at the University of Texas at San Antonio.

This article was originally featured in the Houston Chronicle. View it by clicking here. 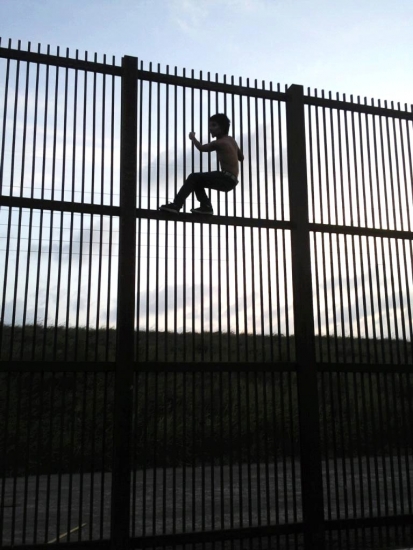