SA Youth honored Rosemary Kowalski of The RK Group, Doug and Cindy Niznik of Niznik Concrete Contractors and Rackspace Hosting for their contributions to the community. The three individuals and one corporation were recognized during the 2013 Briscoe Friends of Youth Awards luncheon March 5 at The Pearl Stable.

“The Briscoe Friends of Youth Awards are about recognizing individuals who go above and beyond in their philanthropic efforts with the local community,” SA Youth CEO Cynthia Le Monds said. “These four honorees dedicate much of their time to creating opportunities for at-risk urban youth and other underserved members of the community that will help lead them on a successful path.”

The Briscoe Friends of Youth Award is named after the late Texas Gov. Dolph Briscoe. As one of Texas' most generous philanthropists, Briscoe supported many charitable efforts in San Antonio and Texas, including SA Youth for many years. His brand of giving was truly remarkable, and in honor of him and his family, SA Youth renamed the award with the family's blessing, Le Monds said.

From her endless support of the community by helping make the Alamo City a better place to live to her recent participation in SA Youth’s new culinary arts program called Rosemary’s Kitchen, Kowalski was honored with the Friend of Youth Award.

“I am honored to be selected for this award by a nonprofit organization that has an outstanding reputation as being a ‘friend’ to at-risk youth,” Kowalski said. “SA Youth helps them find their place in society and teaches them to be an asset to themselves and to the people they meet. I am also thankful that Rosemary’s Kitchen is part of this effort.”

Doug and Cindy Niznik, owners of Niznik Concrete Contractors, accepted the Champion of Youth Award. The company has sponsored the annual Fun Shoot fundraiser for 24 years, raising well over $1 million for SA Youth. They also sponsor many Christmas parties and the annual Take a Kid Camping and Fishing Trip.

“We are blessed and honored and proud to support and be recognized by a great organization like SA Youth,” Cindy Niznik said. “I love the fact that SA Youth is in our own city, and we can see the work being done to keep urban kids in school and on the road to high school graduation.”

Rackspace Hosting was recognized with the Corporate Youth Award for its support of the community for its corporate giving program. The corporation has also provided SA Youth with iPads, so that kids can use them for their homework and computer classes.

“Rackspace believes in supporting the communities in which we live, work and play, and it is always a source of joy for us when we can help organizations that work with our city’s youth,” said Cara Nichols, director, Community Affairs for Rackspace Hosting. “Therefore, we are honored to be recognized by SA Youth with the Corporate Friend of Youth Award.” 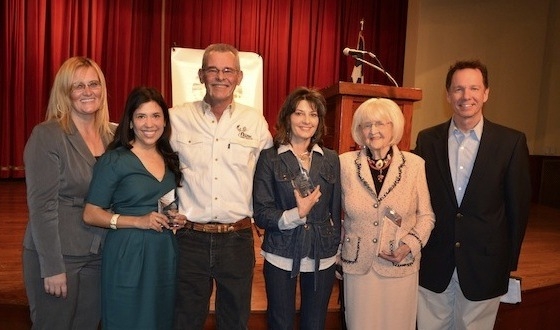