The Young Women’s Leadership Academy, San Antonio’s only public all-girls school, has been named a 2015 National Blue Ribbon School based on its overall academic excellence. It is the only school in Bexar County to receive this honor and among 303 public and private schools in the country selected as exemplary high performing schools.

Blue Ribbon Schools is a U.S. Department of Education program, founded in 1982, that recognizes public and private elementary, middle and high schools where students perform at very high levels. YWLA was one of only 28 Texas public and private schools selected as exemplary high-performing schools, as measured by state assessments or nationally normed tests.

The Department of Education also named 32 schools for their progress in closing achievement gaps among student subgroups – for a total of 335 public and private schools in the country named to receive the coveted 2015 National Blue Ribbon Schools award.

“Being named a National Blue Ribbon School among so many outstanding schools, affirms the hard work of my teachers and students,” YWLA Principal Delia McLerran said. “We know that our school requires exceptional self-motivation, grit and perseverance, and our students demonstrate these characteristics consistently as they exceed expectations daily.

“The faculty and students have achieved this humbling honor by reflecting on their practices and always wanting to be better than the day before and leaving our world better than how they found it. With the continued support of our community partners, parents, teachers and SAISD leadership, YWLA will continue to develop 21st-century leaders.”

Since opening in 2008, the tuition-free, college-preparatory school has maintained a high level of performance, earning the state’s exemplary rating each year under the previous state accountability system. The school, which serves grades 6-12, continued its outstanding performance under the new state accountability system, earning every possible distinction designation for exceptional performance in 2013, 2014 and 2015.

YWLA focuses on math, science and technology - fields typically underrepresented by women - and its students receive an education shaped by the core values of college preparation, responsible leadership and wellness life skills, values that contribute to the type of well-rounded education that is vital to success in college.

“We are very proud of our staff and students at Young Women’s Leadership Academy,” SAISD Superintendent Pedro Martinez said. “As we work to redefine excellence throughout our District, their success is a great example of what we hope to achieve.”

McLerran and members of her staff will travel to Washington, D.C., in November to participate in a special recognition ceremony. 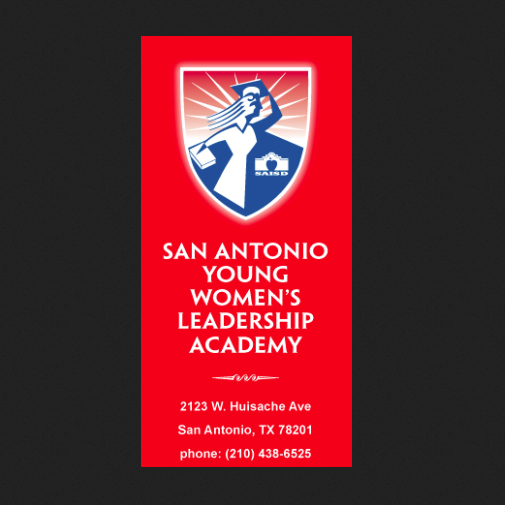