San Antonians will be speaking up and representing their communities on key issues from March 9 to March 18 at the 2018 South by Southwest, the annual Austin festival that celebrates convergence of technology, music and cinema.

The City of San Antonio had formally taken part in a public/private collaborative in 2016 and 2017, promoting the Alamo City and fostering growth in its high-tech, music and film industries.

Rene Dominguez, San Antonio’s economic development director, said the city scaled-down its effort in 2018 because it did not get enough return on its investment. "These last two years, there were so many things, so much noise. Things were diluted,” Dominguez said. “This time, we’re starting out small and building out from there.”

The city’s 2018 participation will be limited to a partnership with the local advocacy group Tech Bloc at the interactive trade show job fair, March 10 and 11 at the Austin Convention Center.

At the same time, San Antonio will be represented by many individuals participating
in panel discussions, solo presentations and meet ups across the festival.

Dr. Chiquita Collins, vice dean for inclusion and diversity and chief diversity office at the UT Health San Antonio Long School of Medicine, will be one such panelist. She will be part of the panel, “Wait, What? Bias is Killing Me?” at 12:30 p.m. March 10 at the convention center.

Filling a newly created role at UT Health San Antonio, Collins oversees efforts to address a range of issues related to how campus academic officials study and foster discussions around diversity and inclusion, and how those two topics pertain to health care. Her panel will focus on the impact of provider and patient bias on health and healthcare.

A fellow panelist is Rene Salazar, assistant dean for diversity the University of Texas at Austin Dell Medical School. He earned his doctorate from UT Health San Antonio.

Trinity University graduate Jonathan Lewis will be part of the meetup, “Better Healthcare Through Patient-Centered Design,” at 11 a.m. March 12 at the JW Marriott. Experience design director at the Austin-based Thinktiv, a private equity firm, Lewis and colleagues will exchange ideas with attendees on how patient-centered design can help to lower healthcare costs, improve health outcomes and expand access.

San Antonio communications strategist DeAnne Cuellar will be part of the panel, “Transvisible in Texas: Develop a Media Campaign,” set for 12:30 p.m. March 11 at the Westin Austin Downtown.

In her position as communications coordinator with the nonprofit Equality Texas, Cuellar will be joined by colleagues in explaining how Equality Texas’ initiative, The TransVisible Project, came about.

The TransVisible Project is a public education campaign designed to help decreasing prejudice against transgender Texans by communicating their stories through media.

Laura Dixon, head of external relations for Spurs Sports and Entertainment (SSE), will sit with a panel, “The Power of the Global Sports Mentoring Program,” 2 p.m. March 11 at JW Marriott.

Dixon and fellow panelists will talk about the mentoring program, which pairs emerging young leaders from around the world with American female executives in the sports sector and beyond to empower women and girls through sports.

The U.S. Department of State, espnW, and University of Tennessee all had a part in launching the program.

UTSA alumna Jade Floyd will be part of the panel, “Journalists Shattering the Business Status Quo,” at 2 p.m. March 14 at the JW Marriott.

An aide to former State Sen. Leticia Van de Putte, Floyd is vice president of communications at the Case Foundation. The panel will cover how more and more newsrooms are developing stories about entrepreneurs of color, female founders, and inclusive ecosystems that are disrupting the norms of the traditional business world.

Local entrepreneurs Irene Chavez and Lorenzo Gomez will lead a meetup for fellow beginning and fledgling business owners at 5 p.m. March 9 at the JW Marriott.

The meetup is titled “Fuckup Nights: SXSW Edition.” It’s based on titular global movement that started in Mexico earlier this decade in which entrepreneurs gather to exchange their stories of failure.

Each speaker has seven minutes to tell his or her anecdote before an audience, which will have a chance to follow up with questions. The idea is for entrepreneurs to learn from each others’ hard-luck lessons in business and find ways to modify their approach and methods to their next venture.

Chavez organizes the San Antonio edition of Fuckup Nights, is president of La Maestra Consulting, and is the brains behind San Anto Business, a monthly webshow highlighting small business. Chavez will be joined by Gomez, board chairman for both Geekdom and the 80/20 Foundation.

Trinity alumna Florencia Palmaz will be on the panel, “Bytes and Bartolo: How Tech is Transforming Wine,” at 3:30 p.m. March 12 at JW Marriott.

An Argentine native, Palmaz helps to run her family business, Palmaz Vineyards, in California. Her love for food and wine blossomed from her study of biology at Trinity.

The panel will explore how technology can be used positively in the winemaking process, from vineyard to distribution.

Hector Perez, an executive with Fidelity Investments, and board president with Merivis, will be on the panel, “Transitioning Vets: From Battlefield to Tech Career,” 9:30 a.m. March 10 at the Fairmont.

SXSW partnered with communications marketing firm Edelman to launch a report, Trust Barometer, a study on the state of trust in institutions, industries and, for the first time, media among the global population.

Former Mayor Henry Cisneros will sit with the panel, “Cities as Incubators for Successful Aging,” at 2 p.m. March 12 at the Four Seasons. This panel is about how leaders of American cities should concentrate on making their community a hub of innovation where progressive, healthy, productive aging-in-place is concerned.

Cisneros will reflect a bit on his experience as a Housing and Urban Development secretary in the Clinton administration, the first Latino mayor of a major U.S. city, and as chairman and founder of CityView, a company that focuses on affordable urban residential development.

Molly Cox, president and CEO of the nonprofit SA2020, will be on a panel, “Which Future for Human Needs and Human Services in Cities?” at 3:30 p.m. March 12 at the Four Seasons Hotel.

The panel will try to explore the look and feel of the human services sector - child and family stability, aging, behavioral health, housing — in 2030, given the rise of automation and artificial intelligence, and worries about another economic recession in the near future.

Tech Bloc representatives will staff a modular reusable booth to help gather résumés for local companies at the interactive job fair. The City of San Antonio is chipping in $23,000 for its role in this collaboration.

Rene Dominguez said the city has not seen sufficient return on its investment in participation at the 2016 and 2017 festivals.

That is when a then-new nonprofit group, Choose San Antonio, helped to provide a large-scale presence at several venues during the event’s interactive portion. Choose San Antonio also hosted an activation for the 2016 SXSW Eco, a short spin-off festival focusing on environmentally friendly technology and sustainable practices.

Many tech job-seekers expressed interest in San Antonio during the trade show job fairs of 2016 and 2017. But other San Antonio activations, such as the “Casa San Antonio”-style takeovers of bars, and film and music showcases, did not produce many long-term leads, Dominguez said.

He said city leaders are grateful a group such as Tech Bloc is connecting candidates to local tech jobs, and promoting San Antonio’s tech ecosystem as one that’s on the rise.
“These industries are still growing,” he added.

One fledgling local company that has benefited from past participation at South by Southwest, Space Cadet, is returning but to give back to other businesses, in a unique way.

Space Cadet connects business ventures with landlords looking to rent out available workspace, such as empty lots to abandoned facilities, anywhere from one hour to 30 days at an affordable price.

Space Cadet this time has been finding such spaces for companies looking to do their own activations at SXSW. Those opportunities range from product demonstrations and networking to parties.

“We're really focusing on supporting small businesses and local economies, and we recently hit a milestone over the weekend — over $1 million worth of space listed for SXSW,” said Steven Quintanilla, Space Cadet’s founder.

“The biggest message we would like to showcase is that we help small business take advantage of every square foot by renting underutilized space that businesses have,” added Rudy Casias, vice president of business development.

"We have done it in San Antonio and are still looking to help small businesses here in town. We will continue to offer space options for these Austin venues way after the event. We are getting bookings all the way out to September of 2018.” 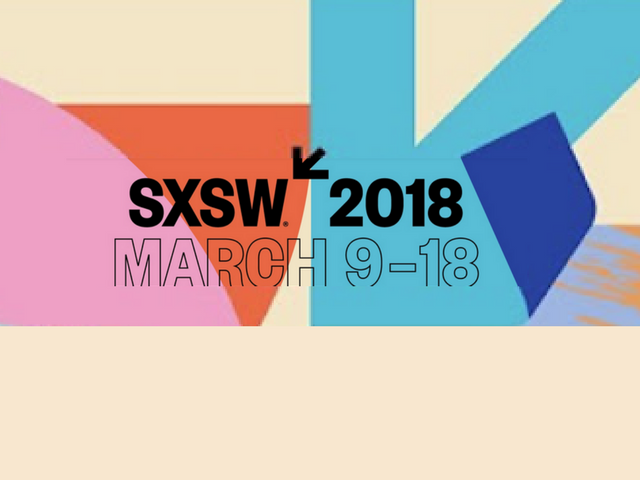