San Antonio residents’ resounding number one priority in the city budget is public safety, calling for improving sidewalks, streets and drainage to protect children and adults.

Making the city safer by increasing funding for infrastructure was a top priority for 526 people, or 32.4 percent of those who voted for priorities during the Speak Up SA campaign calling for input on the budget. The comments pleaded for safer, sidewalks, even near schools, protected bike lanes and funding to fix drainage problems that make areas unsafe for children and for motorists,

By contrast, just 122 residents, or 7.5 percent,  advocated increasing funding for the other public safety - police and fire. And 42 other commenters said the city should cut back on its overall funding of police and fire.

Asked where to cut costs, 324 people offered suggestions. More than a quarter of those commenters said they back the city’s position in negotiations with the police and fire unions and want to see the uniformed employees’ benefits cut.

Scroll down for more on the city report about the campaign, which used the social media hashtag #SASpeakUp, which lists nearly 2,000 comments that came in June  from people in public meetings, and on Twitter, Facebook, YouTube and Instagram.

Behind safer streets and sidewalks, residents’ second-biggest concern was special services and programs, with 17.4 percent of comments. Parks and recreation drew the third highest number of comments, at 10 percent, followed by Animal Care Services at 7.6 percent, police and fire at 7.5 percent, Library at 6.8 percent and Code Enforcement at 6.7 percent.

Check out the graphs below to see San Antonians budget priorities. And you can click here to read all the comments included in the City’s report. 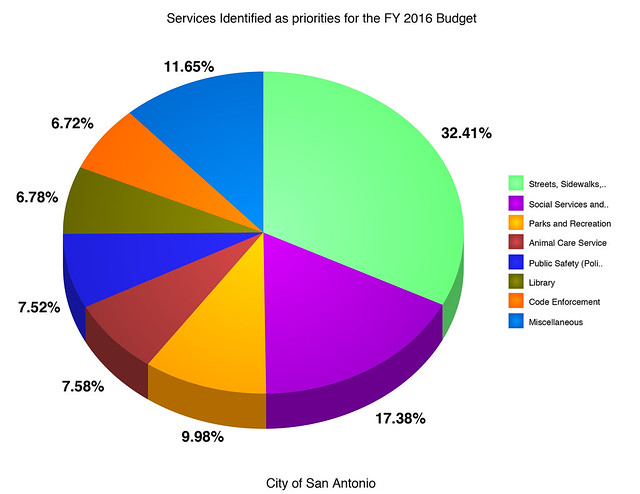 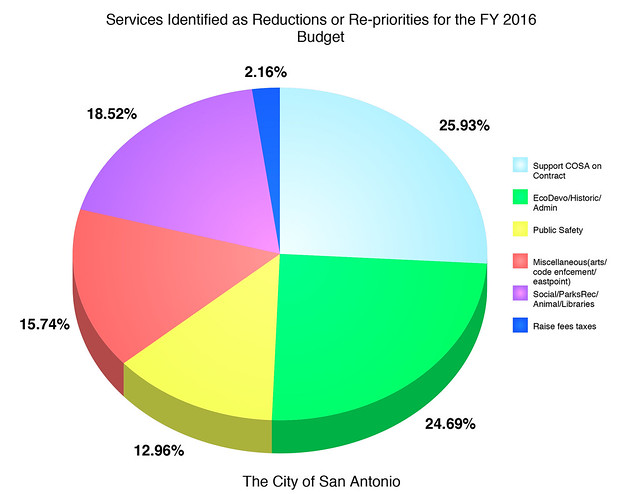 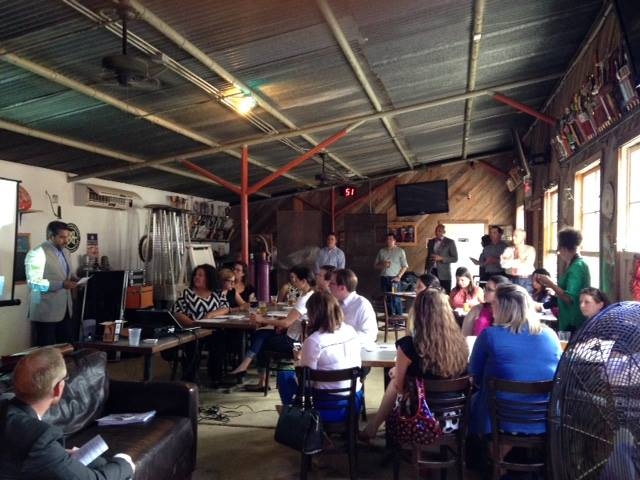