In 1966, a group of produce farm laborers took their quest for economic and social justice from the Rio Grande Valley to the steps of the Texas statehouse in Austin.

On Sept. 5, 2016, San Antonio will join other communities in honoring the 50th anniversary of farm workers' nearly 500-mile march to the state capitol.

Following an ineffective strike that summer, farm workers marched to Austin, calling for better pay, bargaining rights and working conditions along the way. The workers did not get what they wanted, but the march and strike threw a spotlight on them and their struggles in one of the nation's most impoverished areas.

"I think it's important to recognize farm workers, what they did, what they do," said Flores.

In 1966, the National Farm Workers Association, a precursor to United Farm Workers, lamented conditions of workers in the melon fields in Starr County.

The workers had written the association, then led by Cesar Chavez and Dolores Huerta, about toiling hours upon hours outdoors for as little as 25 cents an hour. They had no access to toilets, and had to drink unclean water from wherever they could, even puddles.

Eugene Nelson, the national farm workers reprensative on the scene, helped to organize about 400 local workers and led them into a strike, or la huelga. The laborers fought their bosses, farm owners, trying to get a minimum wage of $1.25 an hour and basic bargaining rights.

The growers refused. Local police arrested many picketers and even beat some of the protestors, hoping to wear them down. Mexican workers were bused in order to break the picket lines. Local courts were of little help.

Strikers, however, kept up their fight by blocking a border crossing, but that only sparked more arrests and beatings.

Inspired by the Selma march for civil rights the previous year, the South Texas union opted to literally take its case to the state capitol. Workers set out from Rio Grande City on July 4, 1966 bound for Austin.

Along the way, the size of the march grew, picking up other farm workers and laborers from other industries, as well as people from various faiths, and sympathizers. Some workers marched for a mile or a day with the main core group, others marched for a week. Mayors in cities along the march route, such as Edinburgh and La Joya, endorsed the marchers' demands.

Then-Gov. John Connolly met the marchers in New Braunfels, where he hoped to dissuade them from going any further. He failed. When "la marcha" arrived in San Antonio via Highway 181, about 1,000 locals joined them for the final leg of their journey. The marchers visited the Alamo.

"It was August 27, 1966, when the farm workers came to San Antonio. They were warmly greeted by people and given a blessing at Mass," Flores said.

Upon reaching Austin, thousands more joined the farm workers at St. Edward's University. Together, more than 10,000 walked in solidarity to the state capitol, for a final rally. Chavez, Nelson and other top labor leaders, as well as those for Mexican-American and religious groups, gathered there, too.

"La marcha" did not achieve any of the workers' demands, but it raise public awareness of the plight of farm workers, unions, and those of Mexican-Americans were still were treated as second-class citizens in many ways across Texas.

"The strike was a start of the Chicano movement in Texas," Flores added.

City leaders and area leaders of different faiths are invited to attend. Farm workers from the original march/strike, such as Joel Martinez, Fernando Pinon and Ignacio Perez, will take part. They will lead the procession, carrying fruits and vegetables, and tools reflective of their trade.

Archbishop García-Siller will bless the workers, vegetables and tools, just as it happened 50 years ago. Afterwards, attendees of the Mass will march from the cathedral to Milam Park.

Maria Berriozabal, the first Mexican-American woman elected to the City Council back in 1981, will emcee the event, addressing farm workers' issues. There also will be signing of songs written on the fly during the original march/strike.

Flores said other communities along the original march route have been encouraged to have their own commemorative activities. In July, Corpus Christi had an event. See video from that event here.

Edinburgh will have a plaque dedication on Sept. 9. The Texas Historical Commission has approved a historical marker for placement in Rio Grande City. Starr County had commemorative activities earlier this summer. There is a Sept. 11 event planned in Austin, which will end with a rally at the capitol.

"We are also hoping to lobby the (San Antonio) City Council to erect a plaque in Milam Park," Flores said.

Today, Valley fields have portable bathrooms and water stations for workers, who can earn the federal minimum wage. But workers who do offer any criticism are still at risk of being replaced by laborers from the other side of the border.

Flores said remembering what happened in the summer of 1966 not only honors what farm workers fought for then, but what laborers strive for today. 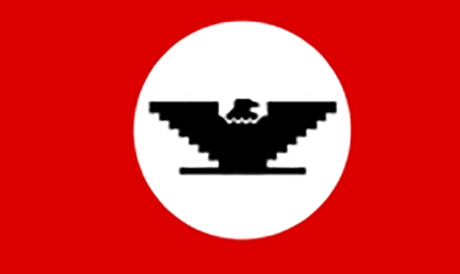