Voters in the San Antonio Independent School District are going to the polls Nov. 8 and will decide the fate of two crucial funding initiatives.

There will be two items on the ballot. One is for approval or disapproval of a $450 million bond. The other is a Tax Ratification Election (TRE).

The bond would support renovations at 13 schools, the replacement of aging infrastructure, upgrading science labs, and expanding classroom spaces.

The school district years ago conducted a study of its facilities. Afterward, a citizens community formed a long-range master plan in 2010, calling for three straight bond programs to bring facilities up to standard.

The first bond, which voters approved in 2010, is nearly complete. This year’s would be the second bond. It is designed to do upgrades to heating, cooling, plumbing and electrical systems, which district officials say malfunction regularly.

The new bond would also address accessibility and structural improvements, the size of older classrooms that currently do not meet state guidelines, and main front entrances will be enhanced for security reasons.

The Tax Ratification Election would, if approved, raise the district’s maintenance and operations tax rate from $1.04 per $100 valuation to $1.17.

Any Texas school district that wishes to adopt a rate higher than $1.04 must have such a ratification election. If approved, the increase would generate an estimated $15.6 million in local tax revenue. The state would then more than match that amount with an estimated $16.5 million, according to the SAISD.

District officials have said funds generated through the TRE would provide technology and other classroom enhancements. The new money would also support teacher compensation for after school and summer programs, and expanded extracurricular offerings.

A pro bond group has emerged. Members say an approved bond and ratification election would help SAISD, one of the city’s oldest school districts in the urban core, to keep academic and structural pace with other districts.

"As much as we will have 13 buildings renovated and improved, it doesn't cover all our needs," said SAISD Board President Patti Radle at a recent Leadership SAISD forum with Rep. Diego Bernal (D-123). "We are involved in this because our sense of equality, the right to equality for our students not just in our district but within the city."

Community leaders within the district, such as Radle, have criticized the state legislature for not fully addressing public school finance issues.

While district staff cannot by law publicly advocate for or against the bond, Superintendent Pedro Martinez, speaking at the same forum, said any opportunity to address inequality in schools should be used, be it at the state or local level.

If both proposals pass, the impact on the average homeowner in SAISD would be an initial rise of $7.59 a month. That effect would go up gradually to $14.59 per month by 2020.

According to various media reports, many residents are generally supportive of the bond and TRE. The San Antonio Express-News published an editorial in support of the bond and ratification election.

But the Express-News also ran a reader commentary from James Quintero of the Think Local Liberty Project. The project is part of the right-leaning Texas Public Policy Foundation.

Quintero wrote that the SAISD is asking to voters’ permission to float more debt even while the district already owes nearly $1.1 billion in total debt. Quintero said such a request is hard to justify given financial hardships presently experienced by home-owning taxpayers. 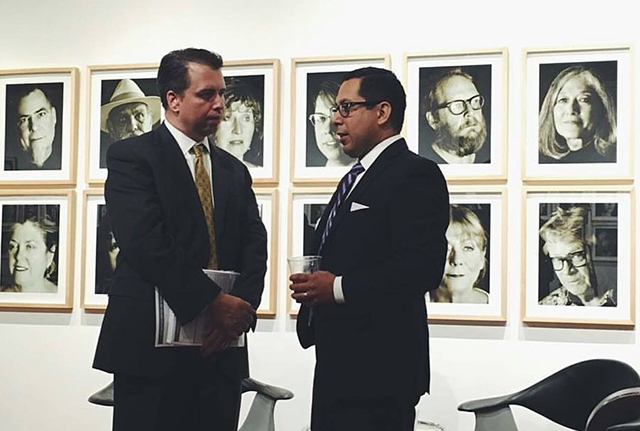