News about the Zika virus outbreak

UPDATE August 2, 2016: Local Zika virus transmission has been identified in southern Florida, according to the CDC. The Food and Drug Administration (FDA) has issued new donor screening recommendations for blood collection centers in Miami-Dade and Broward counties. The FDA suggests that donors who have traveled to Miami-Dade and Broward Counties during the previous four weeks be deferred from donating blood in areas not implementing donor screening test for Zika virus RNA or the use of an approved or investigational pathogen inactivation technology.

The have been eight confirmed Zika cases in San Antonio according to Metro Health, all of which were acquired while traveling abroad.

UPDATE May 20, 2016: The San Antonio Metropolitan Health District reports there are now six confirmed Zika cases in San Antonio. The two latest cases acquired the infection while traveling abroad. Test results from 41 individuals came back negative from the Centers for Disease Control and Prevention (CDC). There are now a total of 19 individuals under investigation for possible infection.

After the recent rains, Metro Health asks for the community’s assistance in preventing mosquitoes in the area. Click here for details on how to control mosquitos inside and outside your home.

UPDATE April 18, 2016: The Centers for Disease Control and Prevention (CDC) reports a total of 358 Travel-associated Zika virus disease cases reported in the U.S. There have been zero locally acquired vector-borne cases reported, and a total of seven sexually transmitted cases reported as of April 13. The World Health Organization (WHO) says the mosquito-borne virus causes microcephaly and Guillain-Barré syndrome. The CDC has also concluded that Zika virus causes microcephaly and birth defects in babies borne to infected mothers, but has said they are not yet ready to conclude the virus causes Guillain-Barré syndrome.

President Barack Obama requested $1.9 billion to combat the Zika virus via mosquito abatement, vaccine research and to assist other countries affected by the virus, but Congress has not yet responded to the request.

Experts say Zika virus will make it to US mosquitos eventually, likely as early as this summer. For now, Metro Health says that with no treatment or vaccine available, the only protection against Zika is to avoid travel to Zika-affected areas. Mosquito abatement is likely to be key in preventing spread of the virus once it does arrive.

UPDATE April 13, 2016: The San Antonio Metropolitan Health District reports four confirmed Zika cases in Bexar County. Test results from 28 individuals came back negative from the Centers for Disease Control and Prevention (CDC). There are now a total of 17 individuals under investigation for possible infection.

UPDATE Mar. 11, 2016: According to the San Antonio Metropolitan Health District, there are now a total of 26 individuals under investigation for possible Zika infection. Six additional individuals’ test results came back negative from the Centers for Disease Control and Prevention (CDC). There are no new confirmed cases.

UPDATE Feb. 26, 2016: According to the San Antonio Metropolitan Health District, there are now a total of 22 individuals under investigation for possible Zika virus infection in Bexar County. There are no new confirmed cases.

UPDATE Feb. 19 2016: According to the San Antonio Metropolitan Health District, there are still three confirmed Zika cases in Bexar County. There are now a total of six individuals under investigation for possible infection. One additional individual’s test result came back negative from the Centers for Disease Control and Prevention (CDC).

On February 12, Anthony James, a Distinguished Professor in the Departments of Microbiology & Molecular Genetics and Molecular Biology & Biochemistry at the University of California, Irvine discussed the prospect of genetically engineering mosquitoes as a means to control diseases like Zika virus on NPR's Science Friday. Click here to listen to the story.

So why does Dallas seem to pop up as ground zero for infectious diseases such as Zika, the Ebola Virus and West Nile Virus? For starters, says this article in the  Dallas Morning News, Dallas has one of the "busiest airports on the planet," with 9,000 people each day flying to or from a place with the Zika virus. And unlike smaller cities, Dallas also has a big enough health department so the virus - which is relatively mild - gets caught and doesn’t go undetected.

UPDATE Feb. 1, 2016: The San Antonio Metropolitan Health District received confirmation from the Centers for Disease Control and Prevention of the first case of Zika virus in Bexar County. Metro Health also has additional possible infections under investigation. The individual with the first confirmed case has now recovered and is virus-free.

In San Antonio, local health care professionals are preparing for potential cases of Zika virus originating from travel to affected areas outside the United States, and possible local outbreaks in South Texas.  The following is from a Jan. 27, 2016 news release from the Univeristy of Texas Health Science Center: 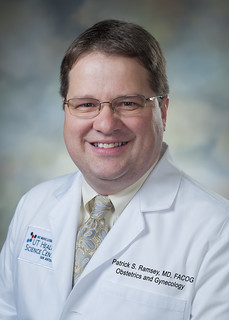 Patrick S. Ramsey, M.D., M.S.P.H., urges the public ― especially pregnant women ― to be informed about the virus, and to take precautions to control mosquitos and avoid exposure when traveling to affected countries.  Dr. Ramsey is a maternal–fetal medicine specialist at UT Medicine San Antonio, the faculty practice of the School of Medicine at the UT Health Science Center San Antonio. He cares for women with complicated high-risk pregnancies and delivers babies at University Hospital, the Health Science Center’s clinical partner.

“The virus is benign in most people, but in pregnant women the virus is associated with birth defects, especially microcephaly ― a congenital condition in which an unborn baby’s brain stops developing and its head is much smaller than usual,” Dr. Ramsey said. “There have also been cases of miscarriage and stillbirth associated with the infection.”   In adults Guillain-Barre syndrome, a rare disorder in which the immune system attacks the nervous system, has been associated with Zika virus infection.

Symptoms can include a fever, rash, joint pain and conjunctivitis, often called pink eye. About 1 in 5 individuals who have the virus will exhibit these symptoms, he said, and they are usually mild. There are no specific treatments or vaccines for Zika.

Transmitted by Aedes mosquitoes primarily in tropical regions, the Zika virus was first discovered in Africa. It spread to parts of Asia, and now there are thousands of active cases in Central and South America, including Mexico. “We are being cautious because the virus can spread through mosquito bites,” Dr. Ramsey said.

The Aedes mosquito is found in Texas and throughout much of the United States. The Pan American Health Organization has warned that Zika virus could continue to spread throughout the Americas, and potentially to local areas in the United States.  Dr. Ramsey noted that at this time the U.S. Centers for Disease Control and Prevention (CDC) has issued travel advisories related to Zika virus infection for pregnant women traveling to or from Mexico and certain countries in South America, Central America and the Caribbean. According to the CDC, spread of the virus through blood transfusion and sexual contact has also been reported, and it is also possible that Zika virus could be passed from mother to fetus during pregnancy.

Dr. Ramsey urges pregnant women traveling to countries with reported Zika virus infection to avoid contact with mosquitos by staying inside or in a screened-in area. “Spray all exposed skin with mosquito repellent with DEET and treat clothing with permethrin, which can be used safely during pregnancy,” he added.

Pregnant women who have traveled recently to one of the countries with a travel advisory for Zika infection should notify their obstetrician, especially if they have any symptoms associated with the virus. Dr. Ramsey said that in these situations, even if no symptoms are present, close ultrasound evaluation of their baby may be needed. Testing for Zika is being coordinated through the CDC and state and local health departments.

This month, the CDC updated its guidance on Zika virus and issued a warning for nonessential travel to regions where there is an outbreak.

Click here for more Fact Sheets and posters from the CDC. 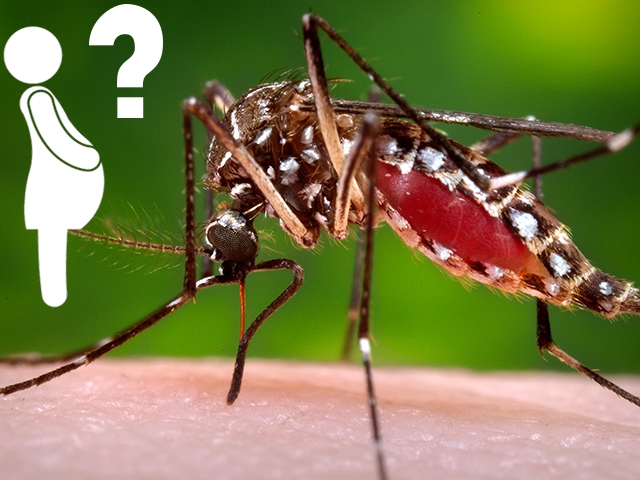