San Antonio's Pride Bigger than Texas festival and parade began the morning of July 1, 2017 with a community "Chalk It Up" creation of a chalk rainbow crosswalks at the intersection of Evergreen and Main. The crosswalks were augmented by a diagonal blue line in memory of San Antonio Police officer Miguel Moreno who was shot and killed near there a day earlier.

Here is a Storify of the day, built with the Tweets, Instagrams and Facebook posts of 39 of your neighbors: 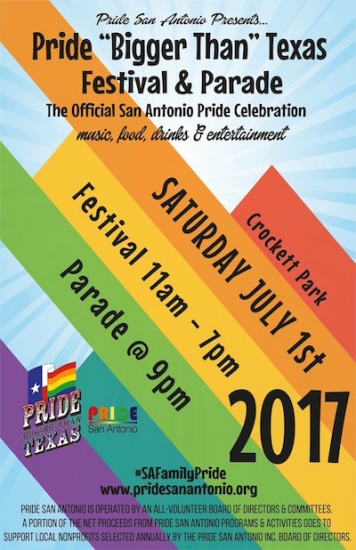