The San Antonio Feminist Film Festival is returning for a second edition of offerings of feature films and documentaries that reflect the evolution of women's empowerment and the struggles for equality.

All screenings will be held Sept. 20-22 at Alamo Drafthouse Park North. The movies chosen for this festival include three Sundance Film Festival winners, an Oscar-nominated film, a commercially successful feature, and a film aimed at an diverse, global audience.

The first local Feminist Film Festival, known then also as Scene and Heard, was originally conceived in late 2014.

Organizers said it was so successful they were eager to put together a second festival.

“We are very excited that the city of San Antonio welcomed us so well at the first festival," said Joyce Townsend, a founder of the event, in a news release.

"We have built on that excitement and have expanded to an additional format that we feel certain will reach additional audiences. We sold out early last year and have received quite a positive response already for this year."

La Juana Chambers, a member of the festival steering committee, added that many attendees of the inaugural who expressed a preference for a second edition to be held before the holiday season.

The goal for organizers of the San Antonio Feminist Film Festival has been not so much to entertain, but to help educate and spur conversation about vital social issues.

“Our commitment is to encourage enlightened conversations and serve as a conduit for a diverse audience as we all work for full equality," Townsend has said.

Each night also features a guest speaker or two involved with a particular film or issue. Doors open for screenings at 6 p.m. each night. The first night, Sept. 20, has the following films:

*"Equal Means Equal," a documentary about how women are treated today in the United States, from the workplace to domestic violence cases and the healthcare system.

*"Mustang," a feature in which cultural tradition, social expectations and the allure of independence clash for five Turkish sisters who are coming of age.

Guest speakers for this evening are Sarah Slamen and Hema Bhakta. Political organizer Slamen was interviewed for "Equal Means Equal," following her renowned protest at the Texas State Senate during the anti-choice filibuster.

Bhakta is president of Awaaz, a local volunteer-run nonprofit that advocates peace and healthy personal relationships, and aids families in the breaking of the cycle of violence.

Admission for the first evening's worth of screenings is $30 and includes food and wine.

Sept. 21 is Young Feminists Night, with a screening of "The Hunting Ground." It's a documentary exploring rape crimes committed on U.S. campuses, including Baylor University, as well as institutional cover-ups and the emotional toll and harassment victims and their families suffer.

The guest speaker here will be Jessica Luther, the Austin-based journalist who along with Dan Solomon broke open the story about a Baylor football player on trial for sexual assault.

Luther's book, "Unsportsmanlike Conduct: College Football and the Politics of Rape, " was published earlier this month.

Sept. 22 has the following screenings:

*"Maya Angelou: And Still I Rise," a documentary tracing the life and works of the Pulitzer Prize-winning poet/author/actress/activist.

*"Grandma" a feature starring Lily Tomlin, Julia Garner, Marcia Gay Harden, Judy Greer, Laverne Cox and Sam Elliott. Tomlin's character just broke up with her girlfriend and suddenly meets up with her granddaughter, who needs money for an abortion before sundown. Their daylong journey together involves encounters with old friends and loves, sparking memories that are both good and bad.

Guest speakers on the festival's final night include Aaronetta Hamilton Pierce and Lindsay Rodriguez. Pierce, a longtime local advocate for African-Americans' cultural and artistic achievements, will speak about the Angelou film.

Rodriguez is the communications manager for the National Network of Abortion Funds, a grassroots network.

Admission for the final night is $30 and includes food and wine. Discounted bundles are available.

The San Antonio Feminist Film Festival adds onto the relatively small but increasing number of local film festivals. It comes at a time when city officials have developed a strategic plan to help grow San Antonio's film industry.

“Art is a powerful tool for social change," steering committee member Jan Olsen said in a news release. "The (Feminist Film Festival) plays a vital role in bringing people together and inspiring them to think deeply about issues of equality, justice, and the empowerment of girls and women.” 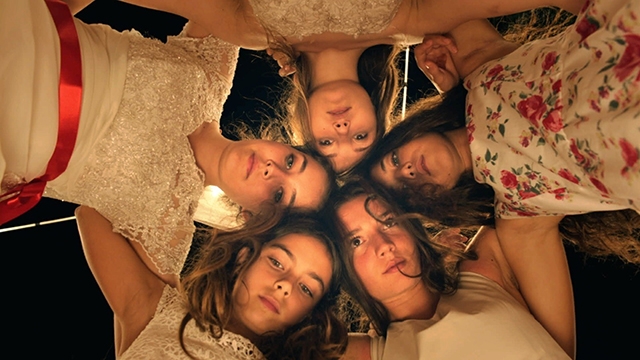