On this Veterans Day, we have a special message for the Marines from the Vietnam Tankers Association:

Welcome home, and thank you for your service.

Most of all, thank you for inviting the NOWCastSA team to help you record and preserve your remarkable Vietnam experiences nearly 50 years after the fact.

We came into the project answering a simple request from one nonprofit to another:

"Looking forward to your great group stepping in and doing so much to help record our history as Marine Corps Tankers in Vietnam," said the email from Rick Lewis, 1st. Sgt. USMC (retired) of the Vietnam Tankers Association. "As I said today I am hoping very much that the guys will come forward and want to tell their stories, good or bad. It's now for us to step up and tell our side as we lived it everyday."

At NOWCastSA, we were happy to lend to our technical expertise and our video equipment to record oral histories about your Vietnam experience during the Association's recent reunion on San Antonio.

For us chroniclers of history, it was a natural project, because the 16 hours of video we helped you record on Nov. 2 and Nov. 3 would eventually make its way to the Library of Congress Veterans History Project.

But what a life-changing journey the project became!

The first day, you came in groups from the same unit, there to describe how it looked from the ground during Operation Pegasus, Operation Buffalo and more. The stories tumbled out, sometimes nudged into sharper focus by a buddy from the same tank. The 1968 combat experiences of a 19-year-old Marine Tanker, now being told by a 64-year old, seemed as recent as yesterday.

Your language lapsed into the vernacular from the times, and the siren sound of Hanoi Hannah and her music seemed just around the bend.

The second day, the stories were individual, personal and equally profound.

You told of an ill-conceived mission on a pitch black night that sent one tank rolling downhill, spilling its load of grunts on the way, only to go up in flames after getting stuck in a ravine. Unbelievably, most of the crew survived. Even more amazingly, the tank commander was reunited 45 years later with one of the grunts who lived, despite being pronounced dead three times in the hours after the incident. And the grunt was on hand to tell his story too.

Thank you Marines, for doing good for the world and good for yourselves by telling those true stories ~ some for the very first time.

And thank you for allowing us to be there - so we could empower you to tell it as you lived it. 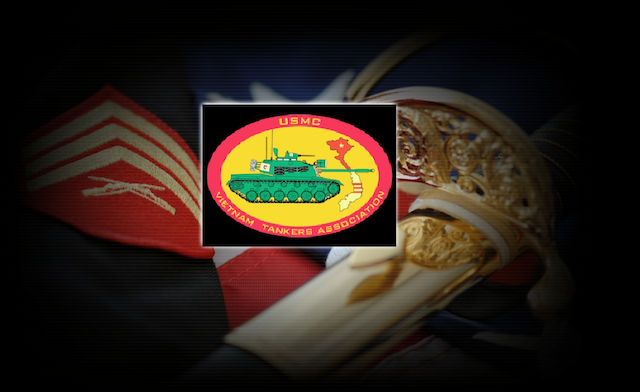