Townley started as a volunteer puppy sitter about a year ago and enjoyed the experience so much that when the opportunity to raise a guide dog became available, she jumped at the chance to do so. Townley’s experience with raising guide dogs began in middle school back home in Little Shasta Valley, Calif. She and a friend raised a puppy for a 4-H project.

“When the animal I raised graduated and was presented to her visually impaired owner in a formal ceremony, I thought it was touching to see how great he bonded with his new owner, and I wanted to stay involved,” Townley said.

Townley first learned about GDTX through a company e-mail that she received while working in the Accounting Department at Port San Antonio. She was excited to find out that the organization was based in San Antonio and soon inquired to see how she could help. Port San Antonio has been highly supportive of the volunteer-and-dog team and welcomes Blossom to the office each day. This has allowed Blossom to become more comfortable and social with others which is a goal for the dog. Townley, a project accountant for Port San Antonio, is already considering raising a second puppy when Blossom is released from her care.

In addition to raising Blossom, Townley keeps busy raising the family pets: a chocolate Labrador, two horses, one cow, a Bengal cat, two outside cats, and a Weimaraner that her 19 year old son inherited, all on five acres of land in La Vernia.

“There is a huge need for guide dogs and Guide Dogs of Texas is an excellent nonprofit organization that provides a very essential service,” she said.

Whether she raises another guide dog or adds to her own family of pets, Sheila Townley has brought the 1920s Doctor Dolittle character to the 21st century. 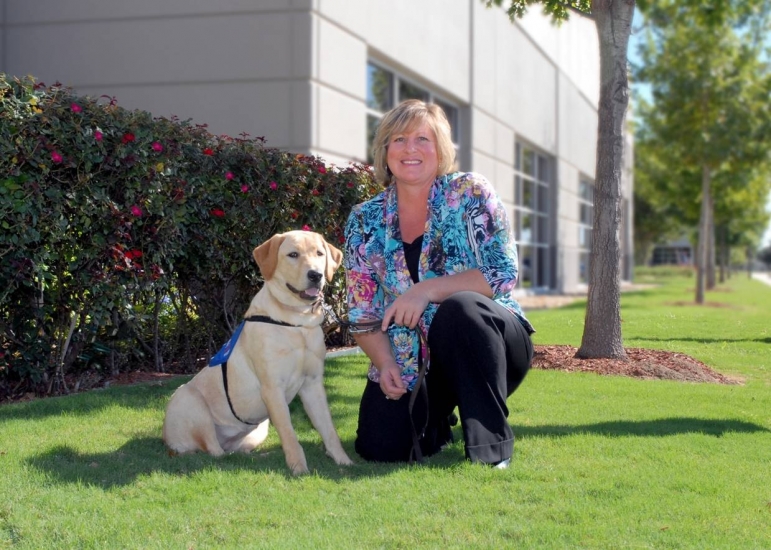