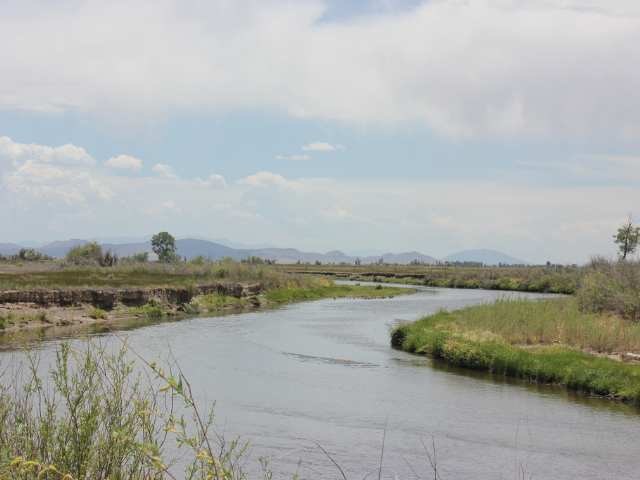 Mattis announced Tuesday he plans to visit the U.S.-Mexico border where about 5,800 active duty troops have been assigned. Of these, about 1,000 are in South Texas. Mattis did not say which part of the border region he would visit.

The troops are helping erect barriers and performing other tasks in support of border security in advance of the arrival of a caravan of migrants from Central America.

“Secretary Mattis should take the time to tour our safe communities, to see that we do not live in a war zone, and should finally admit that there is no rational reason to deploy troops here,” RGV Sierra Club said in a statement. “Our border communities are among the safest in the nation, with crime rates far lower than communities farther north.”

The Sierra Club of the RGV had a recommendation on where Mattis should go in the Rio Grande Valley.

“Secretary Mattis should visit the Lower Rio Grande Valley National Wildlife Refuge where concertina wire has already been strung along riverbanks and canals, cutting off animals from a vital resource,” the Sierra Club said.

“As soon as the Rio Grande floods mile upon mile of razor wire will be swept away, tangled up in trees and brush, docks and dams, a hazard that will likely never be completely removed. Installing wire in federally owned refuges may be an easy way to create the appearance of “doing something,” but it inflicts real damage.”

Jim Chapman, executive committee member of the Lower Rio Grande Valley Sierra Club, said: “Border walls already tear through the refuges that are supposed to save ocelots and other rare species from extinction. Razor wire along the Rio Grande is just one more nail in their coffin.”

Scott Nicol, an RGV Sierra Club executive committee member, disputed recent claims by Mattis that the Defense Department does not do stunts. He said that is clearly what the deployment of troops and razor wire is.

Nicol said there is no threat to justify the hundreds of millions of dollars that are being spent, or the damage being inflicted upon our communities and ecosystems.
“We don’t appreciate being used as political props, and we reject the lies that this Administration continues to tell about us. The election is over. He should send the troops home to their families for Thanksgiving,” Nicol said.

The Associated Press reported General Mattis as saying the military’s mission on the border has not changed “at this time,” even though the lead migrant caravan is no longer headed toward south Texas. The caravan is now in western Mexico, with most of the migrants appearing to be headed toward Tijuana.

Coincidentally, the Rio Grande Guardian’s LIVE at Bob’s show on Tuesday included discussion of the Valley being branded a war zone by certain national media outlets.

The guest speaker was Ron Garza, executive director of the Lower Rio Grande Valley Development Council. At the event, Garza spoke about the new Go Explore RGV project that will be officially announced on Wednesday evening at the LRGVDC offices.

A new website – GoExploreRGV.com – has almost 1,000 places to see. An interactive mobile app will also be unveiled.

Garza said the project came about when city leaders in the Valley expressed concerns about the way the Valley was being negatively portrayed at the national level. He said city mayors wanted to launch a marketing campaign to counter the negativity. However, he said they realized the first thing that was needed was an asset-mapping exercise to list the attractions the Valley has to offer.

“We wanted to highlight what we have and control the narrative. You cannot control the media, especially from a national spotlight, but locally there are a lot of things we are proud of,” Garza said.

“When people visit the Valley we become the tour guides. We take them around and show them places and they walk out pretty impressed. A lot of people leave with, ‘I had no idea.’ If they do not live here and do not know, it is harder for them to share that message with their friends. Now, they can take this (website and/or interactive mobile app) and it is basically a one-stop shop.”

Garza added: “You hear the stories of the negative perceptions and you see our own assets. Things that we pass on a daily basis, and you see it put to footage and it is just amazing how beautiful our area is and how many things there are to do.”

This story was originally published in the Rio Grande Guardian and republished with permission.