Something Texas got right: The Citizen Participation Act

When a developer threatened to sue the Beacon Hill Area Neighborhood Association in 2016 if the group appealed the city’s zoning for his convenience store and gas station, the association backed off from what they feared could have been a costly fight.

What they didnn't know at the time was that they could easily have sought help under the Texas Citizens Participation Act, which protects people and organizations from so-called SLAPP suits: Strategic Lawsuit Against Public Participation.

(Read more about that controversy here.)

Texas has one of the strongest anti-SLAPP laws in the country, according to San Antonio attorney Alicia Calzada, but not enough people know about it, and it could be easier to use, says State Rep. Diego Bernal (D-San Antonio)

NOWCastSA Managing Director Charlotte-Anne Lucas sat down with Caldaza and Bernal to talk about the history and the future of the Texas Citizen Participation Act. Scroll down to watch video of the conversation.

Calzada is a member of the law firm, Haynes and Boone, which was key in helping get the Texas anti-SLAPP law passed in 2011 to protect individuals and organizations from bullies who would squelch civic participation.

The suits have been a way to "punish people for exercising their First Amendment rights," she added. Texas state legislators, taking a queue from a similar law in California, passed an anti-SLAPP statute, the Texas Citizens Participation Act (TCPA), in 2011.

"(Texas) lawmakers saw some great testimony and heard very compelling stories from people who had been driven to hundreds of thousands of dollars in expense in retaliatory lawsuits for things like speaking out against their homeowners associations or media companies that report on Medicaid fraud and are getting sued," Calzada said.

The Texas anti-SLAPP law enables those who have been sued for using their First Amendment rights to seek an early dismissal. The onus falls on the plaintiff to demonstrate the case has merit. A key component of the TCPA is that, if the suit is thrown out, the plaintiff can be ordered to pay the defendant's legal fees. It has been said that Texas' anti-SLAPP suit is one of the strongest in the nation.

The flyers produced by Bernal and Menendez remind those associations and organizations about the TCPA and how it works, and of examples of SLAPPs.

"The Texas Citizens Participation Act makes dismissal of frivolous lawsuits easier and faster," the flyer states. During the same conversation with NOWCastSA, Bernal said a well-informed group targeted for a SLAPP can tell the plaintiff they are aware of what's happening. That typically can be enough to make the plaintiff back off.

"It's important for people always know their rights, especially when it's something is as important as a cornerstone of who we are as a country," said Bernal.

Bernal said the Beacon Hill case, where the parties behind the Stripes store threatened litigation against the neighborhood association, is disturbing.

"What was shocking to me is that this is a neighborhood full of professionals -- architects, attorneys even, doctors, people in the medical field," he said. "So I thought, 'If this is happening here, and (the association) was shaken enough to back off…we wanted to make sure that all the people knew that engaging in a process as straightforward as that was a protected act, a threat was illegal, a lawsuit certainly was illegal."

The Beacon Hill incident has prompted Bernal, an attorney, and Calzada to come together and see whether the TCPA can be strengthened in the 2017 legislative session.

"What we've been talking about his people can use (the law) to their benefit, more, in ways the legislature or court system can assist them with that because it is a really powerful law," said Calzada. "It was designed to help the everyday person who probably can't come to me and hire me to help them.

Since the law's passage in 2011, several individuals and organizations, including homeowner associations and media companies, have used the TCPA to defend themselves. Even social media has seen examples of legal forms of intimidation.

One Dallas pet-sitting business sued a family that complained on Yelp that the business was negligent in its responsibilities to the family's pet fish, which the business was to feed. The fish tank, which was clear before the family left for a trip clouded up in the following days.

Yelp used the anti-SLAPP law to shield the family, and the business - which had already sustained financial losses from the negative publicity on Yelp - lost its $1 million defamation suit.

Yet, now lawyers who volunteered in convincing a Dallas judge to toss out the company's lawsuit say they deserve $166,000 in attorney fees for their pro bono work, and they hope to have plaintiff charged with an extra $200,000 in sanctions. The judge already ruled the family should be awarded reasonable fees and sanctions.

Calzada said: "You don't have a right to defame somebody or write Yelp reviews that are blatantly untrue or are inflammatory, but if you're writing a truthful review and you're representing your opinion and saying things - (the business) did things this way and I didn't really like it - that's protected."

In other cases, media outlets have been sued after reporting on unflattering facts about a business or organization. The Better Business Bureau has made much use of the TCPA, too.

Calzada said aside from using the First Amendment to their advantage, individuals want simply to use their right to petition their government - such was the procedural case in Beacon Hill - but those people could be subject to threats from another entity that may not like their viewpoint. The TCPA, and laws like it, are critical, she said.

"That's the foundation of our society," she added. 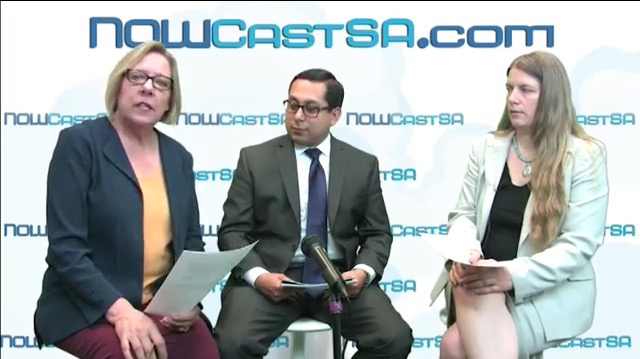