A federal appeals court panel rejected claims by two San Antonio organizations who said the city's 2008 parade permit ordinance violates their free speech rights by charging them fees that other groups don't have to pay.

In their 39-page decision, three 5th U.S. Circuit Court of Appeals judges ruled Sept. 8 that the parade permit ordinance is constituional as written. Their conclusion dealt a setback to the San Antonio Free Speech Coalition and International Women's Day March Planning Committee, which sued to stop enforcement of the parade law.

San Antonio attorney Amy Kastely, who argued the case in the 5th Circuit last spring on behalf of the coalition and the planning committee, said she will recommend the groups seek a rehearing so she can address areas where she believes the court panel is wrong. Kastely is a professor of law at St. Mary's University who teaches and writes about issues including civil rights.

"The whole notion that the Fifth Circuit accepted our argument and then created a whole new exception ... that allows the government to decide (who to charge) based on the content of their speech, is to erase the whole foundation of the First Amendment," said Kastely.

In granting parade permits, Kastely said, the city is “not at all indifferent to the content of the speech. They gave a (fee) waiver for the Diez y Seis parade, but when there was a protest over the attack on Gaza (by Israel in January, 2009), the Arab community was not permitted to march in the street without paying thousands of dollars.” (A video of the Gaza protest on the sidewalk at the Alamo is here. And the Handbook of Texas details the politics and history of Diez y Seis here.)

In contrast, San Antonio Assistant City Attorney Debbie Klein praised the appeals court's “very thorough” ruling. “I was impressed with how thoroughly they obviously read the entire record,” she said. “The city' spent a lot of time trying to come up with an ordinance it felt balanced the interests of the event groups and the public at large."

(Click here to see our earlier articles about this case and to listen to audio of the arguments at the Fifth Circuit court hearing.)

She said the fee waivers and subsidies that the city grants events such as the Martin Luther King and Cesar Chavez parades because of their “broad appeal, historic tradition and cultural significance” amount to discriminatory endorsements of certain viewpoints.

Kastely cited a body of First Amendment law that she said holds streets, sidewalks and parks are held in trust by the government for the people. "The doctrine is that the government can't distinguish (between people who assemble there) based on the content of their message," she said.

But the 5th Circuit panel - Judges Fortunato Benavides, formerly of San Antonio, Carl E. Stewart of Louisiana and Leslie Southwick of Mississippi – said they don't think San Antonio is engaging in viewpoint discrimination by providing a benefit to a limited number of speakers.

“We believe the city may selectively subsidize some processions and not others, as we conclude that it is not engaging in viewpoint discrimination,” the judges said in their unanimous decision, which was written by Benavides.

As Kastely sees it, however, what the appeals court has now decided is " 'We think the government sometimes can use content to distinguish between who gets a subsidy and who does not.' I do not believe any other court has said that.''

The 5th Circuit panel upheld San Antonio's granting fee waivers for a limited number of events, but it cautioned the city's power in this regard is “not limitless.” The judges cited “disturbing evidence in the record concerning the city's practices” under the city's 1988 parade ordinance but added, “Those are not the facts before us on this facial challenge to the 2008 ordinance.”

The panel took issue with the coalition and planning committee's claim that the parade law gives unconstitutionally excessive discretion to the San Antonio City Council and the police department to waive and assess fees.

In fact, the panel said that the 2008 San Antonio parade ordinance has tightened up past practices, so that “the council does not retain unconstitutional discretion and ...the discretion of the (police department) is sufficiently cabined.”

Under the current ordinance, the panel said, the San Antonio City Council has removed itself from the parade permit application process, except to create a list of annual events that are exempt from fees. The court said the council can add to that list as long as it does not “exempt so many events as to create concerns about viewpoint discrimination.”

On that front, the panel warned it could re-evaluate the parade law's constitutionality “if the city council in the future begins waiving fees for procession organizers on an ad hoc, application-by-application basis." 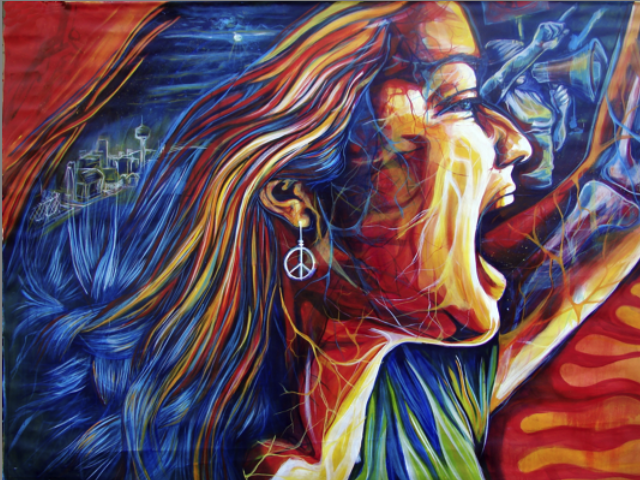