Led by Dolores Huerta, co-founder of the United Farm Workers of America, more than a thousand San Antonians chanting “Si se puede" (Yes we can) and calling for social justice in issues from immigration to education participated in the city's 15th annual Cesar E. Chavez March for Justice.

"The issues aren't that much different from when I was with Chavez," said Huerta, who in 1965 led with Chavez a five-year grape boycott against growers. "Today, immigrants do our menial work and then we kick them out or put them in prison. The struggle endures."

The March 26, 2011 event also marked 45 years since the late labor leader made his 350-mile California pilgrimage from Delano to Sacramento, a march that drew national attention to the low-wages and living conditions of agricultural workers, most Filipino and Mexican migrants.

"When people aks me why they should march, I say for 100,000 things. Think of it that way," said Dora Chavez-Cruz, 67. "If Martin Luther King were alive, if Pancho Villa or Emiliano Zapata were alive today, they'd see we haven't really come a long way and wonder what they fought for."

"I may be the police chief, but I'm also a citizen," said McManus. "And I very much believe in social justice." 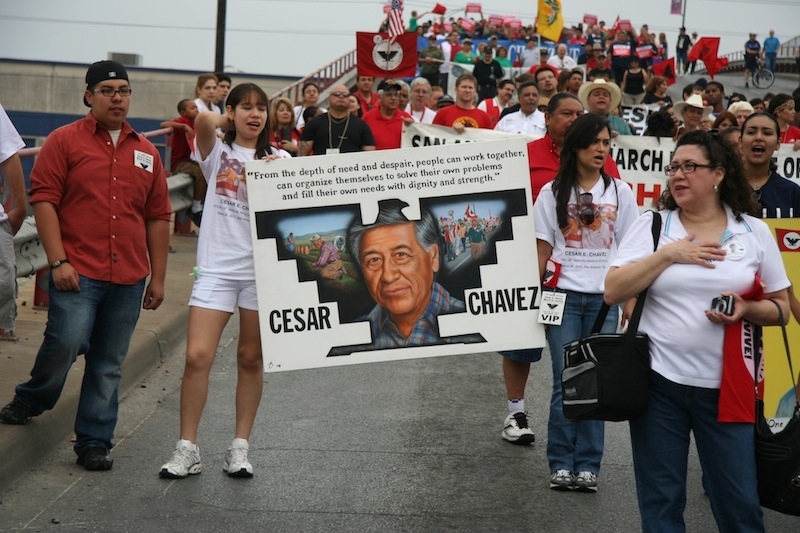