Mayor: San Antonio is more than margaritas on the River Walk

By some measures, San Antonio is the greenest city in Texas, and it’s not too shabby in the technology department either.

And San Antonio now boasts the largest solar farm in Texas with CPS’ venture into renewable energy at the Blue Wing site that provides power to 1,800 homes.

Yet mention the Alamo City to an outsider, and the image that may pop to mind is margaritas and the River Walk.

That’s a perception that Mayor Julián Castro would like to change, a perception he says is stuck in the past.

“We are the most green city in terms of investment and renewables (energy) of any other city in Texas,” Castro said.

Castro spoke to NOWCastSA about his vision for San Antonio’s future and his concerns that “citizens are going to take it on the chin” during the new Texas legislative session.

Interviewed at Roosevelt High School Nov. 19 during his SA2020 public forums that engage citizens to plan the city’s next decade, Castro said it was time to change the notion that San Antonio is, well, lame.

“The issue of changing perception is very important,” he said. “It’s what drives business opportunities. It drives interest in living in a city.”

San Antonio, he said, is growing into a world-class city with plans to create a first-rate performing arts center and the vast expansion of the River Walk, Mission Reach and Hemisfair Park.

He added he envisions continued job growth in the fields of biosciences, information security and alternative energy.

He said “it’s difficult to put a wall around the city” to prevent sprawl, but he added that putting resources into the city’s urban core could help prevent the haphazard growth experienced by other large Texas cities.

The mayor also spoke about possible pitfalls of a Republican majority in the Texas House when the legislature convenes in January, saying Texans shouldn’t “be held hostage to anybody’s ideology, whether that’s on the right or the left.

“My fear is that in this legislative session, citizens are going to take it on the chin," he said.

“There’s only so much cutting you can do before it has a profoundly negative impact on the citizens and taxpayers of Texas.”

For these and other issues discussed with the mayor, watch NOWCastSA’s interview here: 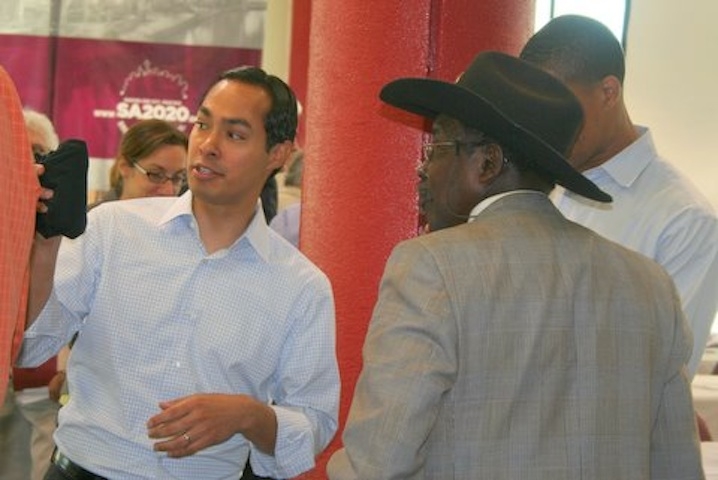