Journalist David McLemore has just published the eBook, "Soldier's Joy," a novel inspired by a little-known but spectacular heist in the Lone Star state at the end of the Civil War.

On June 11, 1865, a band of  ex-Confederate soldiers robbed the Texas State Treasury in Austin of $15,000 in silver - they thought it was gold - and escaped into the night.

McLemore, a NOWCastSA contributor, former Army man and veteran Texas journalist, picks up the tale where the history books leave off. He writes of two Hays County brothers, Junius and Quintus Fraser, who want to quit the war and go home, but find the return to normalcy elusive.

In his blog about the book, McLemore described the effort:

"In a long career as a newspaper reporter covering drug wars and border intrigue, I learned time and again that lives are reshaped in unexpected ways by violence and hard times. It was no less so for the soldiers of 1865. They faced horrible carnage and saw their world turned upside down. What led them to turn against the government they had sworn to defend is, in part, answered by Soldier’s Joy."

The book jacket, designed by NOWCastSA video producer Antonio Rodriguez, is built on the photograph, Three Confederate prisoners from the Battle of Gettysburg,  taken by famed Civil War photographer, Mathew Brady in 1863.

The first chapter of the McLemore's book is available for download here. The entire eBook is also available for purchase at Amazon.com. 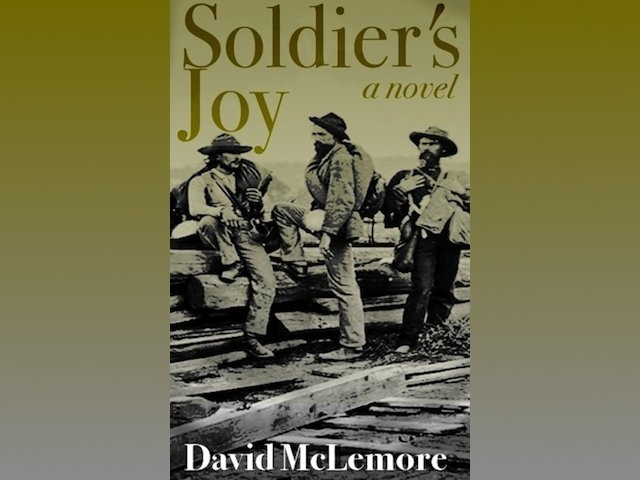