More than a dozen neighborhood groups in San Antonio’s urban core have banded together to form the Tier One Neighborhood Coalition to protect their community plans from both city processes and developers.

The coalition’s formation comes at a crucial time. SA Tomorrow, the city’s long-range comprehensive plan, heads to City Council for consideration on Aug. 3, 2016 and will be voted on Aug. 11. The document, as well as the process by which it has been crafted, is considered flawed by many residents in these same neighborhoods.

Beacon Hill Area Neighborhood Association is a coalition member. Association President Cynthia Spielman said older communities near downtown such as Beacon Hill are worried they are being marginalized by SA Tomorrow.

“We started this as neighborhoods wanted to protect their neighborhood plan with the new comprehensive plan,” she added.

Spielman said the surge of infill residential and commercial development has sparked concerns about zoning, parking, drainage, walkability, community compatibility and other concerns in inner-city neighborhoods. Other affected residents are also worried the way the city reviews new development tends to favor development over the needs of current residents, she said.

“We do need protection from the city’s processes,” said Spielman.

Beacon Hill residents say they felt powerless when a developer threatened their neighborhood association with litigation if they did not drop their appeal of a zoning decision on a retail project. (Read more about the Beacon Hill controversy.)

The coalition is also pressing city officials for a meeting to discuss protecting neighborhood groups from frivolous lawsuits and other threatening gestures made by developers. City Councilman Roberto Treviño wrote Spielman, saying he and city development services director Roderick Sanchez would soon host a discussion between the coalition and city staff about the city's appeals processes.

Erin Zayko, Alta Vista Neighborhood Association president, said it is good that groups such as the Tier One Neighborhood Coalition will advocate for community issues.

“We want to make sure the right mechanisms are in place to balance anticipated development with neighborhood needs,” she said.

Ricki Kushner, the Tobin Hill Community Association’s representative on the Tier One Neighborhood Coalition, said her neighbors were initially optimistic about SA Tomorrow. They were hopeful the comprehensive plan could help better address the impacts of transportation, sustainability and planning citywide. Bexar County's population is projected to increase by 1.1 million by 2040.

“According to the suggested plan, the inner part of the city and the immediate surrounding area are going to be set aside for high-density development,” Kushner said. “What (the city) wants to do is provide business and residential buildings close to downtown more (development incentives) than what we already have.”

Before the city's planning commission voted July 27 to approve the draft plan, more than one dozen neighborhood group leaders asked to delay that vote, saying their concerns were not represented among the nine working groups set up to lay out goals in the comprehensive plan.

When the city began the planning process in 2015, more than 200 stakeholders served on nine Plan Element Working Groups (PEWGs). San Antonio has 353 neighborhoods, yet only five individuals represented neighborhoods on just one PEWG, the Historic and Cultural Preservation group.

Leaders of several neighborhood associations criticized the city for failing to provide any formal way to suggest further revisions to the plan before the council reviews the draft on Aug. 3, ahead of a final vote.

Kushner said Tobin Hill and other older neighborhoods, even those with historic districts, are worried that SA Tomorrow’s implementation of so-called regional center and community plans would effectively void their neighborhood plans. City officials deny that would happen, adding that the city has encouraged residents to keep abreast of the plan’s progress.

“The regional centers are set up for major development and that bothers us,” said Kushner.

Spielman said, in the end, she and other Tier One neighborhood leaders were disappointed in the planning commission’s vote to approve the comprehensive over their objections: “We were effectively dismissed. The wishes of developers are being privileged over neighborhoods' wishes."

Coalition members met with Mayor Ivy Taylor, Treviño and District 8 Councilman Ron Nirenberg on Aug. 1. They said they pleaded for last-minute changes in the SA Tomorrow comprehensive plan, including greater protection for historic districts and NCDs from encroaching development.

Coalition members said future higher density and mixed-use development should be allowed in residential areas only where it is consistent with the existing land use plan. They added that if existing neighborhood plans are to be changed or eliminated, the affected neighborhoods should have significant representation at the city level beforehand.

"Our current plans were written and signed by the city, and as a neighborhood, we are tired of the city not following our plans," Brooks said.

Fellow Mahncke Park board member Butch Hayes added: "We are concerned that the work that went into our plan in the MPNA plan needs to be honored. If this plan is subsumed into a larger community plan or regional plan, we want to preserve its character and work with the city to be responsive to our community while being a recognizable entity within the SA Tomorrow plan so that all will benefit."

Coalition participants look forward to what their new alliance could accomplish in the future. Paula Bondurant, Monte Vista Historical Association president, called fellow leaders of other neighborhood groups "knowledgeable, intelligent, and tenacious advocates for their areas."

"It became obvious that we should share our information, ideas, plans, and responsibilities," said Bondurant. " It has been a gift for Monte Vista to be able to consult with our neighbors."

“We have to band together because there’s strength in numbers,” Zayko said.

Editors note: This article has been updated to include that San Antonio City Council is scheduled to vote on the comprehensive plan Aug. 11. Correction: Alta Vista President Erin Zako's comment was corrected to say city staff "sometimes ignores" NCDs. 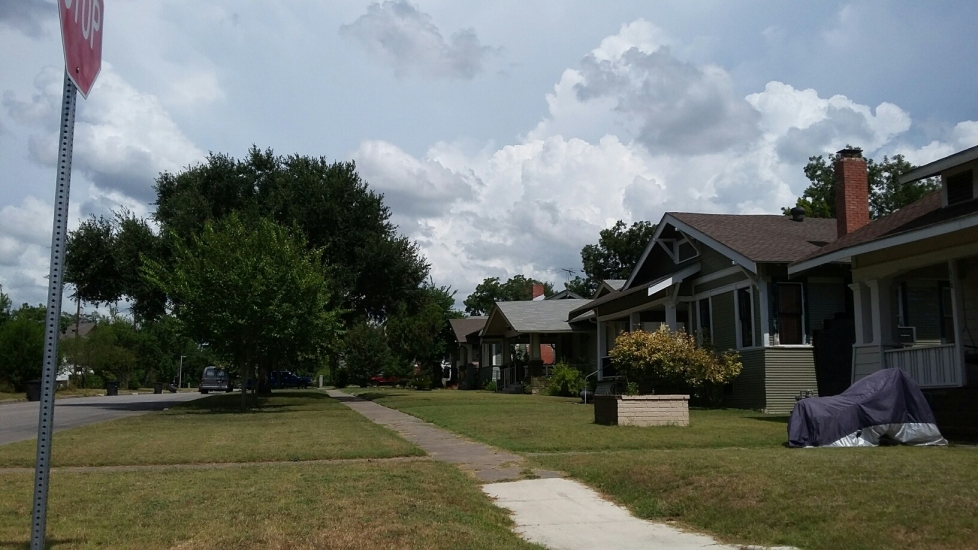